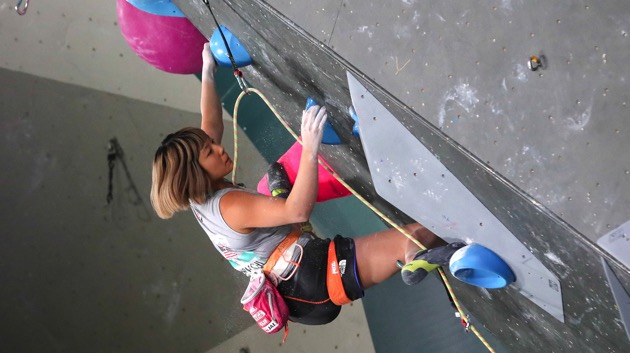 (TOKYO) — Climbing gyms have been filling up across the U.S. in recent years, and now, the sport is making its Olympic debut in Tokyo.

This is the first time climbing will be in competition at the Olympics, with events scheduled to start Aug. 3, so it makes sense if you don’t know exactly how it all works yet.

Here’s a quick guide so you can keep up with all the beta, crimps and dynos.

What is in competition at the Olympics?

What you’re seeing is called sport climbing, which helps explain why you do not see favorites like Alex Honnold or Emily Harrington represent the U.S. While there are obviously similar techniques in use in big wall climbing, it’s a very different expertise.

Honnold even told the Olympic Channel, in 2019, “I wish I could compete at that level but basically I am too old and too weak so I will settle for watching and enjoying.”

And there’s plenty to watch and enjoy. Sport climbing is essentially what happens indoors at gyms and in competitive scenes. The Olympics will feature three disciplines: bouldering, lead and speed.

What is speed climbing?

The speed discipline is the easiest to understand: it’s a race to the top. Two climbers compete at the same time on identical “routes” — climbing paths — to reach the top first.

It’s like the “Spider-Man” of the Olympics, with races ending in less than 10 seconds. Admittedly, it’s a little controversial in the scene as it’s less traditional.

You’ll see climbers attached to ropes, but that’s just to catch them if they fall and to get down from the top. And yes, there are machines called auto belays so you don’t need someone on the ground belaying.

Scoring: Winners of each race move on to the next round until an overall winner is found.

What is lead climbing?

Lead climbing is a much more traditional discipline. Here, a climber has six minutes to climb as far as they can on a route.

Again, you’ll see climbers attached to ropes, but this time, the ropes are part of the challenge. Lead climbing involves clipping the rope into carabiners along the route to secure your place (it helps if you fall, but doesn’t assist the climb). If a climber misses a carabiner, they don’t get credit for any further they go.

Figuring out how to climb a route — figuring out the “beta” — is tough. Before anyone gets on the wall, climbers have six minutes to study the route, which is the first time they see it, and they’re not allowed to watch each other’s attempts.

As much as it is a physical challenge, it also takes mental work and planning to be successful, and the routes designed for lead climbing competition are ridiculously hard to ensure it’s not just a tie with everyone making it to the finish.

Scoring: The further they get, the more points they score, and the highest score wins.

Bouldering is a lot of what you see in a climbing gym. No ropes, just figuring out and “sending” — completing — routes.

Climbers have a few minutes to finish as many routes as they can. Each route has a set starting and ending point. Each route also has a marked “zone” hold, which is somewhere around halfway through it.

They can try any given route over and over again until they send, although they have to start from the beginning each time, and each attempt hurts their score. The ideal goal is to “flash” a boulder, or successfully complete it on your first try.

Like in lead, it takes mental work to solve a boulder route — that’s why they call them “problems.”

Scoring: This is a combination system, taking into account how many routes were completed, in how many attempts (fewer attempts is better), and climbers get some points if they reached a “zone” but didn’t complete a route.

After each discipline is done, final scores are calculated by multiplying the ranking in each, and the athlete with the lowest score wins. For instance, if an athlete comes first in speed, second in lead, and first in bouldering, their overall score is 2 (1x2x1).

Who’s competing for the U.S.?

For most of these athletes, the games are a long time coming. Raboutou, who’s known for her ingenuity in problem solving, Condie, who’s super strong, and Coleman, a bouldering pro, qualified for Tokyo in 2019.

Bonus terminology to impress your friends

Dyno: A dynamic move to reach a hold, like a leap

Static: The opposite of dyno, using slow movement to get to the next hold

Crimp: A very small hold that will hurt your fingers

Sloper: Usually a big, roundish hold with little obvious space to grip that will hurt your fingers

Heel or toe hook: Literally using your heel or toe to hook around a hold to get into position to reach the next hold

Top rope: What you see in a gym when someone’s on a rope climbing a tall wall; not competed at the Olympics

Pumped: The downside of being pumped up; your muscles, usually forearms, are too worked up and tighten up, making it difficult to do anything

So get pumped — but not too pumped — for climbing at the Olympics.