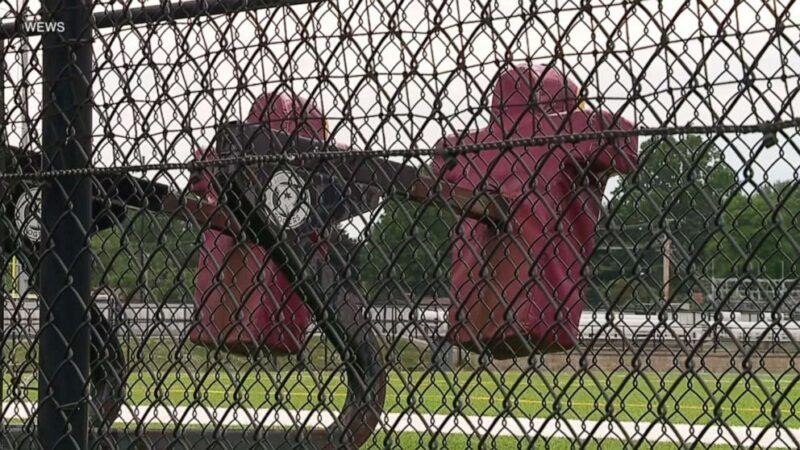 (CANTON, Ohio) — A high school football coach and six assistant coaches have been fired after they allegedly forced a player to eat pork against his religious beliefs as punishment for missing a non-mandatory practice.

The player, a rising senior at McKinley Senior High School in Canton, Ohio, had missed an optional practice on May 20 due to an injury, according to his family’s lawyer, Edward Gilbert. When the teenager returned to practice four days later, the head coach told him he had to eat a pepperoni pizza otherwise his teammates would be forced to do extra drills and his own status on the team could be compromised, Gilbert said.

“Everyone on the team knows this child will not eat pork,” Gilbert told Cleveland ABC station WEWS on Tuesday.

The student, who consumes only meat or poultry that is certified kosher because he is a Hebrew Israelite, was forced to eat the entire pizza in the school gym while his coaches and teammates watched, according to Gilbert.

“To say the coach used poor judgment would be an understatement,” he said. “This was humiliating for this child.”

The teen’s father said their family has not eaten pork since 2013 as part of their religious beliefs.

“I felt very upset and just felt disrespected,” the father told WEWS on Tuesday. “Makes you question are they, you know, doing their job or are they capable of doing their job. I mean, obviously I feel like the culture is broken.”

The alleged incident was captured on the school’s surveillance cameras, according to Canton City School District superintendent Jeff Talbert. However, the video has not been released.

The Canton City School District initially suspended the coaches while conducting an investigation into the allegations. The school district also filed a report with the local police department, according to Talbert.

“The investigation found that the identified coaches engaged in actions that constituted inappropriate, demeaning, and divisive behavior in a misguided attempt to instill discipline in the student-athletes. This behavior will not be tolerated,” Talbert said in a statement Wednesday. “This incident does not reflect the Canton City School District culture of protecting the physical and emotional well-being of our students.”

On Thursday evening, the Canton City School District’s board of education voted 5-0 to terminate the head football coach, Marcus Wattley, along with six assistant coaches, Cade Brodie, Joshua Grimsley, Romero Harris, Frank McLeod, Zachary Sweat and Tyler Thatcher. Their contracts will not be renewed at McKinley Senior High School or anywhere else in the school district.

Wattley’s attorney, Peter Pattakos, said his client was only trying to teach the teen a “lesson.”

“‘Okay, you’re special? Can I do something for you? Can I get you a pizza?’ ‘Well, I’m hungry.’ He goes and gets him a pizza,” Pattakos told WEWS on Thursday while recounting what he alleged happened. “Marcus brings back the pizza. ‘Oh, it has pepperoni on it. I don’t eat pork.’ ‘I’ll go get you some chicken fingers.’ ‘No, it’s okay. I’ll just eat this pizza.’ So he took the pepperoni off and he ate the pizza.”

Pattakos said the student was never forced or coerced to eat the pizza.

“This young man had every opportunity to get up and leave the room at any time,” he added.

Pattakos said school administrators and board members denied his client’s request for a weeklong extension of the investigation and that the coaches were fired “without even having been spoken to.”

“Regardless of who is right or wrong, this is not something you rush,” Pattakos told WEWS.

It was unclear whether Wattley or the other coaches plan to take legal action against the school district. ABC News has contacted Pattakos as well as Brodie, Grimsley, Harris, McLeod, Sweat and Thatcher to seek comment.

The lawyer representing the teen’s family told WEWS that they will “most likely” file a lawsuit. ABC News has reached out for further comment.

The board has named the school’s athletic director, Antonio Hall, as its interim head football coach, who said the team “will move forward in a place of respect and trust.”

“As the interim Head Coach, my role will be to guide the team through this difficult time, continue to build our team unity, and have a successful season,” Hall said in a statement Thursday.