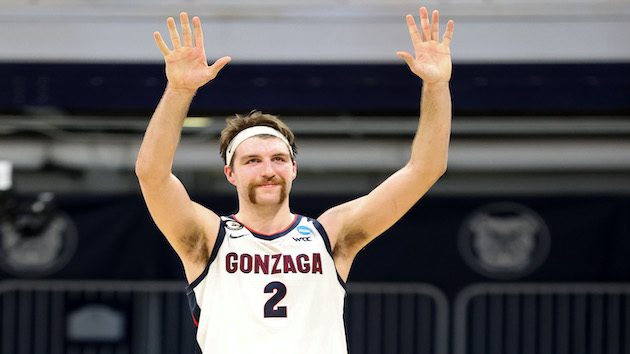 “After reviewing options with my family, I’ve decided to return to Gonzaga,” Timme said in a statement. “I am excited to come back to Spokane and continue my collegiate career. I appreciate everything I’ve learned so far from the Gonzaga coaching staff, and look forward to growing my game more. I love playing at GU, being a part of the program, and can’t wait to play in front of the best fans in the country again.”

Timme won the Karl Marlone Award last year as the nation’s best power forward and was named a second-team All-American by the AP, NABC, and USBWA.

Gonzaga started the year 31-0 before losing to Baylor in the NCAA Championship game. Timme was named the NCAA Tournament West Regional Most Outstanding Player. He was also awarded All-NCAA Tournament Team honors after averaging 20.3 points per game during the tournament.

ESPN ranked Gonzaga as the pre-season number one team on April 5. The team signed Chet Holmgren, the top-ranked player in the 2021 class, and added Hunter Sallis, the 14th ranked player, Nolan Hickman, ranked 22nd, and Kaden Perry, who is ranked 62, according to ESPN.