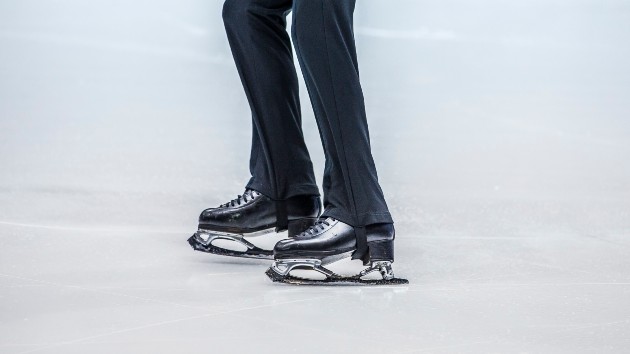 (NEW YORK) — A former Olympian has been charged with defrauding the Small Business Administration over a pandemic loan.

Luka Klasinc, a Slovenian figure skater, competed in the men’s singles event at the 1992 Winter Olympics. He finished 26th in the short program, and did not advance to the free skate. He was the national champion for three consecutive years from 1990 to 1992.

More recently he has owned BOB77, an event management company that stages ice-themed amusement parks around the world, including Fun Park in Warsaw, Poland; Ice Fun Park in Dusseldorf, Germany; and the Winter Classic in Ljubljana, Slovenia.

When accounts that controlled the money started making suspicious wire transfers, Klasinc’s bank froze the funds, according to the criminal complaint.

In an attempt to get the funds released, Klasinc wrote an email imploring the bank to “sincerely please, activate my account immediately,” the complaint said.

The email included a letter on SBA letterhead dated Oct. 1, 2020, which purported to “verify” that the sum of $1,999,000 was payable to “Luka Klasinc of BOB77 LLC,” as “payment for property investment only” and not as a “loan of any sort,” the complaint said.

Federal prosecutors said they knew the letter was fake when they talked to the SBA employee whose signature appeared on it.

Klasinc was arrested before he was able to board a scheduled flight Monday from Newark, New Jersey, to Istanbul. He made an initial appearance on Tuesday, but did not enter a plea.

He is charged with bank fraud and aggravated identity theft. The bank fraud charge could carry a maximum of 30 years in jail.