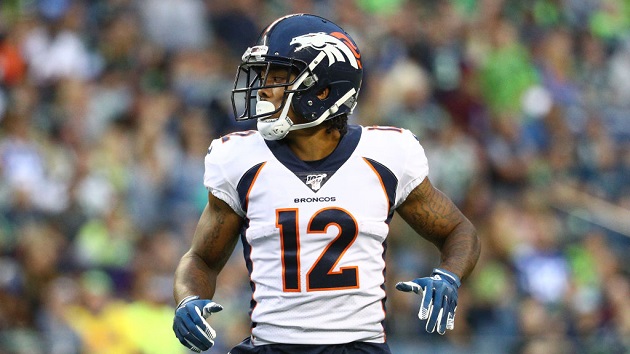 Brendan Langley, former player for the Denver Broncos, was charged with simple assault and released on his own recognizance following the incident, according to the Port Authority of New York and New Jersey.

The fight broke out after the United employee asked Langley to return a wheelchair he was using to carry his luggage, sources told ABC News. The employee was attempting to retrieve the wheelchair for another passenger who was disabled, the source said.

It is unclear who initiated the fight. Portions of the incident were caught on camera and posted to social media.

United Airlines said it fired the employee after investigating the incident and reviewing video from a bystander.

The Calgary Stampeders football club, for whom Langley currently plays, said it was aware of the incident and “is currently looking into the matter in order to learn the full details and will have no further comment until the investigation is complete.”

The incident comes ahead of the Memorial Day Travel period, which is expected to be the busiest since the start of the pandemic.