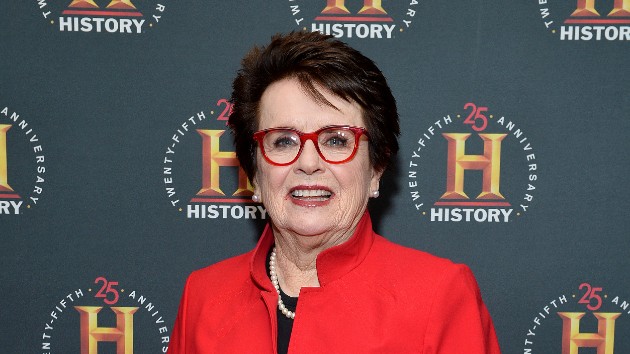 (NEW YORK) — Billie Jean King is a tennis icon, an activist, a champion for diversity in athletics and now an autobiographer.

The book marks the first time King, 77, has told her own life story in full from her career to her personal life and activism.

The tennis trailblazer is well known for speaking out against racial injustice, and calls for equal rights and fair pay, both on and off the tennis court. She was part of the Original 9, a group of women who created the all-women’s pro tennis tour and has pushed for equal prize money for decades.

King called the new book a detail of the journey to become her “authentic self,” in an announcement from Reagan Arthur, executive vice president and publisher of Knopf.

The book starts with her working-class childhood in Long Beach, California, and moves across the country and the world, as she describes her love of the sport, her commitment to excellence and her determination to be the No. 1 player in the world.

“This is a remarkable book by a remarkable woman,” editor Jonathan Segal said in a statement. “Her fight, her spirit, and her actions have made people’s lives richer and better. She paved the way for a generation of leaders, and there are lessons in her life for everyone.”

King was the first female athlete to receive the Presidential Medal of Freedom, and was named one of Life magazine’s “100 Most Important Americans of the 20th Century.”