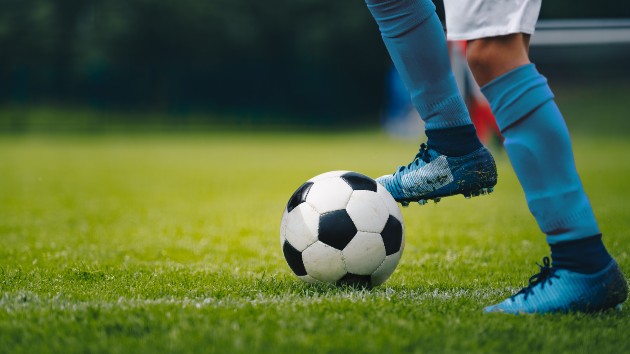 (LONDON) — The backlash to the announcement on Sunday that 12 of soccer’s biggest teams would be forming their own breakaway “European Super League” has been nothing short of seismic. Pundits, fans, former players and even governments have been near united in their opposition to a proposal that has the potential to revolutionize the world’s most played and watched sport.

The clubs involved in the new project — three from Italy, three from Spain and six from England — have been heavily criticized. Each of the teams involved are household names in the U.S. — with Real Madrid, Barcelona and Manchester United leading the charge. The other clubs to have signed up to the competition are Arsenal, Tottenham, Liverpool, Manchester City, Chelsea, Atletico Madrid, Inter, Milan and Juventus.

In major U.S. sports, franchises and legacy teams have a guaranteed place in elite competitions — as in the NFL, NBA, MLB, NHL and even the MLS. In soccer, participation at the very top of the sport has been dependent on results on the field.

Over the decades, the biggest and richest clubs in the world have generally enjoyed the most success, but each team competes on the basis that if they perform poorly, they will be excluded from the elite competitions, and could face relegation to lower divisions below the top domestic leagues, such as the Premier League in the U.K.

The same principle applies for smaller teams, too, who can dream of future successes as they advance up the soccer pyramid based on sporting merit alone. Similarly, supporting local teams has a massive cultural importance in Europe, with many often suspicious of outside investment, as teams — especially lower down the professional leagues — are expected to represent the values of their local communities.

“I think it’s just ingrained in you,” Shaun Pearson, the club captain of lower-league Wrexham, which has been taken over by Hollywood stars Ryan Reynolds and Rob McElhenney, said in December when ABC News profiled the town and team. “Generally, when you come to the U.K., something that generally happens is where you are born, you support the team where you’re from. And especially when you go to working class towns.”

With the European Super League, however, that could be set to change, with what commentators have dubbed the “Americanization” of soccer.

Under the new proposal, 15 “Founding Clubs” from Spain, the U.K. and Italy will compete every year in a “franchise-style” competition with only five places to be allowed for teams to enter on merit each year. German and French teams have not signed with the original 12, but there are three spaces left for “Founding Clubs,” and in the proposed competition, five places will be awarded to other clubs dependent on their performances.

That, according to critics, represents a “closed shop,” undermining the integrity of the sport itself and the idea that playing in elite competitions is dependent on merit, not reputation. The historic importance of major European competitions would be diminished, critics have warned.

One lawmaker in the U.K. described the proposal as “the sporting equivalent of a billionaire’s gated community.”

For those involved, the financial incentive at a time when the coronavirus pandemic has significantly impacted the sport’s finances is obvious. Each of the 12 teams — the self-described “Founding Clubs” — are expected to net a $240 to $360 million fee for signing up alone, according to reports. Initially, the funds to pay for the new competition will come from the American investment bank JP Morgan Chase, the Financial Times reported.

Florentino Perez, the president of Spanish giants Real Madrid, defended the proposal on Tuesday, saying: “Whenever there is a change, there are always people who oppose it. We are doing this to save football at this critical moment.”

The moneyed interests of mega-rich owners taking precedence over the interests of fans, however, is nothing new.

Awkward kick-off times agreed with broadcasters that make it difficult for fans to watch their teams around the country, ever-rising ticket prices and eye-watering amounts of money spent on players and their wages fueled by billion-dollar TV deals have eroded the trust between supporters and the clubs they support.

FIFA, the global soccer governing body, has come out in opposition to the “European Super League,” but has had its own corruption scandals, and was heavily criticized for naming Qatar as the hosts of the next World Cup in 2024, upending the soccer calendar and prompting a wave of criticism from human rights organizations.

Furthermore, the richest clubs in recent years have dominated the top leagues and it has become increasingly difficult for smaller, less cash-rich teams to compete.

But the “European Super League” proposal is seen as an existential threat to the sport itself, with governing bodies already threatening to move to exclude the teams involved from their domestic leagues and current European competitions.

French clubs have not yet signed up to the project, but French President Emmanuel Macron and U.K. Prime Minister Boris Johnson have already indicated they will fight the project, with the British government indicating they could legislate to stop the move.

“Plans for a European Super League would be very damaging for football and we support football authorities in taking action,” Johnson said in a statement. “They would strike at the heart of the domestic game, and will concern fans across the country.”

Aleksander Ceferin, the president of UEFA, European soccer’s governing body, slammed the proposal in a fiery press conference after the announcement, describing the new league as a “spit in the face” for soccer lovers and suggested that players in participating teams could be banned from the World Cup.

“We are all united against this nonsense of a project,” he said. “Our game has become the greatest sport in the world based on open competition, integrity and sporting merit. And we cannot allow and we will not allow that to change.”

UEFA would “do everything in our power to ensure this never ends up in fruition,” he added.

For the time being, however, there are no indications the teams involved will go back on the proposed plans. As the controversy around the project continues to unfold daily, what the sport will look like in the coming years is now more uncertain than ever.

Kyrie Irving, Brooklyn Nets to donate $500,000 each to Anti-Defamation League