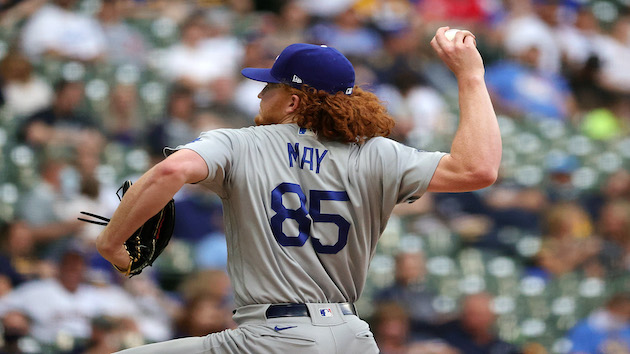 (LOS ANGELES) — The Los Angeles Dodgers announced starting pitcher Dustin May will have Tommy John surgery and miss the rest of the season.

“You never want to lose anyone for the season, certainly not a player like Dustin, who was taking the ball every fifth day and logging valuable innings,” said Dodgers manager Dave Roberts. “I feel for him, most important, but for our ballclub, it’s a big blow. But we have a lot of talented players and we just have to find a way to fill that void.”

The surgery will take place on May 11 in Los Angeles by Dr. Neal ElAttrache.

“When you hear kind of the ultimate decision, outcome, as far as having to have surgery, it’s obviously very disappointing,” said Roberts. “He’s handling it like a pro, wants to figure out what’s the next step after surgery, and kind of attack it that way. But, yeah, I think disappointed, certainly.”

May was placed on the injured list after leaving Saturday’s start early against the Brewers. Los Angeles would lose that game 6-5.

ESPN reports the timeline to return from the surgery can be between 12 and 16 months.

The 23-year-old finished fifth in the National League Rookie of the Year voting last year after finishing 10-3 with a 2.57 ERA.