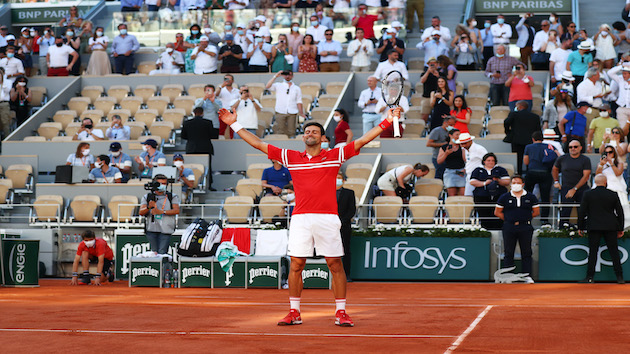 The Serbian remains in third place for the most Grand Slam titles behind Roger Federer and Rafael Nadal, who each have 20 championships.

Djokovic is halfway to the calendar Grand Slam after winning The Australian Open in February. The last player to achieve the feat was Rod Lavar in 1969.

Wimbledon, the next Grand Slam, starts on June 28 and runs through July 11.