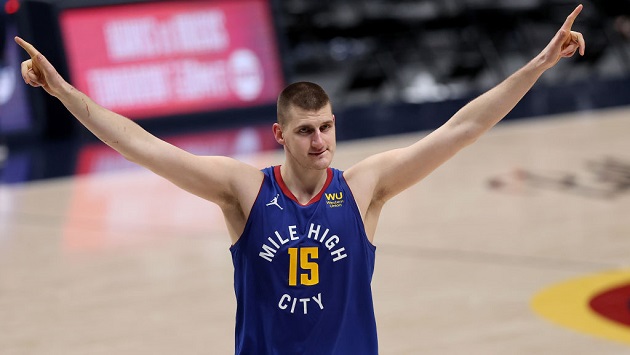 (DENVER) — Denver Nuggets big man Nikola Jokic was named the MVP of the NBA’s 2020-21 season, becoming the sixth international player ever to win the award according to an ESPN report.

Jokic also became the lowest drafted player to win the award. He was drafted in the second round of the 2014 NBA Draft with the 41st overall pick. The previous record was held by both Giannis Antetokounmpo and Steve Nash, who were both drafted with the 15th overall pick in their respective drafts.

The Nuggets star led the team to a 47-25 record and the third seed in the Western Conference. Jokic averaged career highs along the way, with 26.4 points, 8.3 assists, and 10.8 rebounds per game.

Jokic and the Nuggets are currently in the second round of the playoffs, taking on the Phoenix Suns with a spot in the Western Conference Finals on the line.