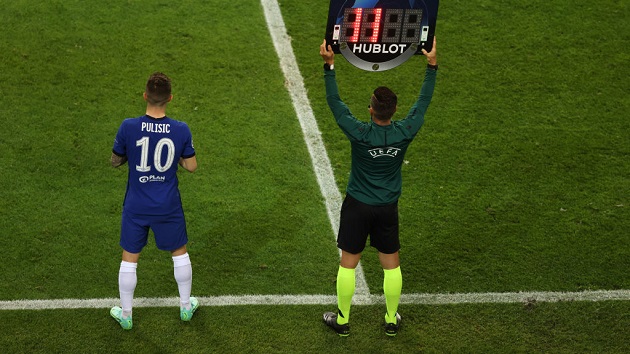 (PORTO, Portugal) — Chelsea winger Christian Pulisic made American soccer history, becoming the first American man to play in the UEFA Champions League final after being subbed on for Timo Werner in the 66th minute.

Pulisic almost added to the history after a through pass from Kai Havertz put him in on goal, but his right-footed finish bounced just past the far post.

Chelsea held on to beat Premier League champions Manchester City 1-0, lifting the Champions League trophy for the second time in the club’s history.

Pulisic became the second American man to win the tournament, joining Jovan Kirovski. Kirovski won the tournament with Borrussia Dortmund in the 1996-97 season, but did not actually play in the final.