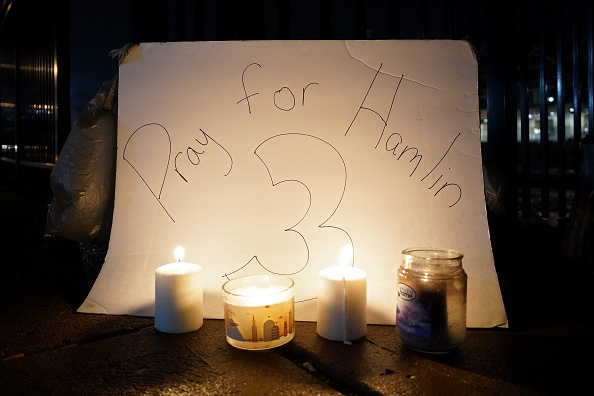 (CINCINNATI) — Doctors told family members Wednesday morning that Buffalo Bills safety Damar Hamlin’s condition is moving in a “positive direction” after collapsing two days ago from cardiac arrest during a game against the Cincinnati Bengals, according to Hamlin family spokesperson Jordon Rooney.

Rooney told ABC News he could not qualify or elaborate on what “positive direction” meant, but said doctors are seeing the progress they are looking for.

Hamlin, 24, remains hospitalized in critical condition in the intensive care unit at University of Cincinnati Medical Center. The second-year safety from the University of Pittsburgh collapsed during the Monday Night Football game against the Bengals after making a tackle in the first quarter.

The game was halted and then suspended indefinitely after doctors provided CPR to resuscitate Hamlin on the field before taking him to the hospital. There has been no decision yet on whether the game will be continued at a later date, the NFL said.

In an interview with ABC News, Rooney also clarified statements made by Hamlin’s uncle, Dorrian Glenn, who said Tuesday that Hamlin had to be resuscitated twice — on the field and at the hospital. Rooney said that was a misunderstanding and that Hamlin was not resuscitated more than once.

Responding to reports that the defibrillator used on Hamlin malfunctioned, Rooney said those reports were incorrect and that all of the medical equipment worked properly.

Hamlin’s family thanked the “dedicated first responders and healthcare professionals” at the hospital for their “exceptional care” in a statement released Tuesday.

Buffalo Bills players returned to their practice facility on Wednesday, but said they would not be meeting with media.

The New England Patriots, who are still scheduled to face Buffalo in Sunday’s final game of the season, said in a statement both teams had been given an extra day before meeting with the media “due to these unique circumstances.”

The Pro Football Hall of Fame also announced Tuesday night it would be delaying its announcement of the 15 finalists for this year’s class out of respect to Hamlin.