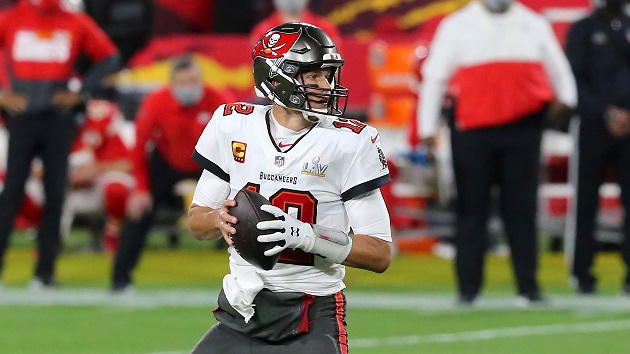 In a post on his Instagram story, Brady wrote over a screenshot of the new numbers allowed.

“Good luck trying to block the right people now!” Brady wrote in the post. “Going to make for a lot of bad football!”

Brady followed that up with another screenshot of the rules, calling the rule “dumb.”

“Why not let the Lineman wear whatever they want too? Why have numbers?” he added. “Just have colored jerseys…why not wear the same number?”

Brady also tagged the NFL and the NFL Players Association, the union that represents all the players in the league.

Other players, like Rams defensive back Jalen Ramsey reacted positively to the change, teasing a jersey number change.

Shortly after the rule change was announced, Ramsey tweeted an animated version of him holding up the numbers two and five.