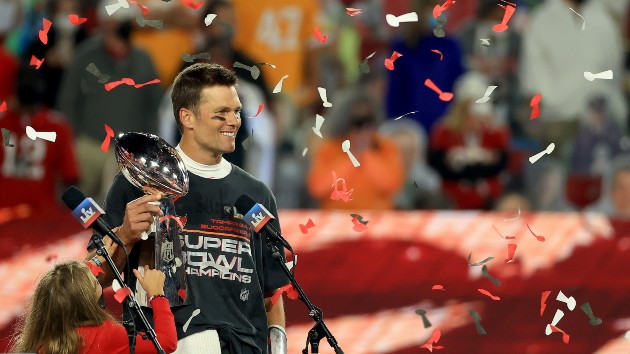 The Buccaneers were led to victory thanks to veteran quarterback Tom Brady and touchdowns from tight end Rob Gronkowski, wide receiver Antonio Brown and running back Leonard Fournette.

Brady, who signed with Tampa Bay this past March, was named the Super Bowl MVP for the fifth time in his NFL career.

Sunday marked the 43-year-old’s 10th appearance in a Super Bowl game and his seventh NFL championship.