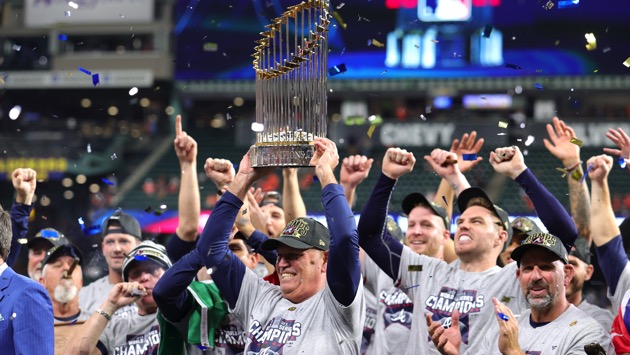 (HOUSTON) — It’s been almost 30 years since the Atlanta Braves won a World Series and, on Tuesday night, the drought officially ended — hammering the Houston Astros 7-0 in Game 6 at Minute Maid Park.

The start of the Braves’ season looked rough, with the team dropping their first four games and being plagued by injuries.  There were also moments where the team didn’t spend a day over .500.

Despite the rocky start, the Braves turned the season around and the team, assisted by Jorge Soler and Freddie Freeman took home their first WS in 26 years.

Max Fried’s dominant pitching took over six innings, with Soler smashing his third homer against the Astros, with one resulting in a monster three-run shot.

Freeman and Dansby Swanson also homered, bringing the score to 7 – nothing.

And, while the Braves now head into a mighty victory parade — as they are the only team to bring TWO championship titles to the city of Atlanta — the Astros now have spring training to think about, which starts February 26.

To date, the Atlanta Falcons have yet to take home a Super Bowl trophy while the Hawks have yet to declare victory in the NBA championships — not to mention the college football scene.

Olympian, swim groups look to turn the tide on the country’s racial gap in drowning