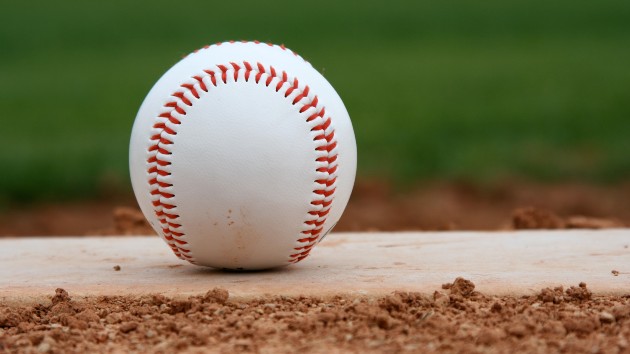 (NEW YORK) — For the first time in over a year, baseball fans will be on hand to hear “Play ball!” loud and clear from their favorite seat — albeit from less-than-packed stadiums in most cases.

All states and cities with Major League Baseball teams are allowing fans when the season starts on April 1, with one permitting full attendance.

While the sight of thousands of fans cheering in a single space might be a cause for concern given that that country is still recording tens of thousands of new COVID-19 cases a day, public health experts told ABC News that such gatherings should largely be safe. On top of that, some experts contend that stadiums are vital to local economies and cheering crowds will help boost morale for all.

Dr. Dean Winslow, an infectious disease physician at Stanford Health Care, said the limited capacity, mask mandates in the stadiums, and the outdoor settings for fans in most cases are strong enough to prevent the spread of the virus.

“I think it’s a minimal degree of risk with the limitations that have been proposed,” he said.

But Winslow and other health experts warned that fans and teams need to stay within the bounds of the current health restrictions over the spring and summer if they want to limit spread of the virus as vaccinations continue to roll out.

Most of the baseball stadiums will not be opening stands to full capacity, but at differing levels based on their state and city regulations. For example, the Boston Red Sox will allow 4,500 fans at Fenway Park, roughly 12% of the stadium’s capacity, while the Cincinnati Reds will allow 12,700 fans at the Great American Ball Park, about 30% of capacity.

All stadiums also have mask mandates except for eating.

Wise to keep crowd sizes down

Winslow said state and local governments are wise to keep crowd sizes down to allow for safe social distancing and allow for more room for potential COVID-19 particles to travel when fans are maskless.

“If they do a good job and lower the number of people I don’t think we’ll see a number of super spreader events,” he said of the baseball stadiums.

Health experts so far haven’t connected any professional sports events to outbreaks of the virus in the last couple of months.

Winslow said he was concerned about states in the south, like Texas, which recently gave the OK for their businesses to reopen fully, as it would potentially increase the risk of spread among fans. Last week, the Texas Rangers announced they would open up Globe Life Field to its full 40,518-seat capacity on opening day, however, fans will be required to wear masks.

“We will continue to monitor developments and implement the necessary public health measures,” Neil Leibman, the team’s president of business operations, said in a statement.

As of March 17, no other team has announced plans to fully reopen their stadium.

Dr. Emily Landon, an epidemiologist and associate professor of medicine at the University of Chicago, told ABC News that the Rangers’ full reopening is premature. Landon, who has consulted with several Chicago businesses on their reopening plans, reiterated that vaccinations are currently far lower than what would be required for herd immunity and there is a lingering threat of the new virus variants.

As of March 17, Texas has administered more than 8.6 million COVID-19 vaccine doses, ranking second among all states with shots given, according to the U.S. Centers for Disease Control and Prevention. However, only 19% of state residents have received one shot, which is two percentage points lower than America as a whole, according to the data.

Landon noted that there is a strong threat of COVID-19 variants across the globe that warrant a slower reopening. She said a full reopening could give spectators a false sense of safety and potentially put whole communities at risk.

“It all depends on who has COVID, where they are and what they do,” she told ABC News.

Landon said the best way to conduct the baseball reopening is with a “Goldilocks” approach, using the coronavirus case and vaccination data as a guidepost. Allowing fans on opening day with limited capacity and slowly permitting more fans throughout the season, based on the data, would help mitigate the risk for fans.

“If the cases keep going down, there is no reason to hesitate to have people, especially masked people, gather at these events,” she said.

Crucial for the economy

Elected officials and sports businesses have said that reopening stadiums is crucial to jump-starting the economy, especially for the local shops located around the venues.

Restaurants and businesses near the stadiums, such as Yankee Stadium, faced threats of closure due to the lack of activity.

Allen Sanderson, a sports economist and professor at the University of Chicago, told ABC News that the baseball stadium reopenings will certainly boost the economy of the team’s cities in the short term.

Sanderson did note that having fans back in the stadium would have a bigger impact on the negative psychological effects of the pandemic. The sight of cheering fans, even at a limited capacity, will help lift people’s spirits following a long and trying year, he said.

“Socially we’d be better off if we were able to get more people together and sports venues offer that opportunity,” Sanderson told ABC News.

Sanderson said sports fans were likely to heed the health warnings and stop the spread to enjoy the games. He noted that the NBA and NHL have allowed fans in a limited capacity to return in the last couple of weeks and there haven’t been major reports of outbreaks linked to those games.

“Allowing more people into a facility and having them make a choice without too many other costs on people, that’s reasonable,” he said.