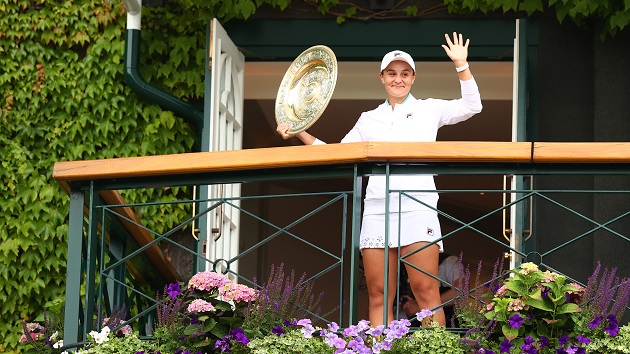 Barty jumped out to an early 4-0 lead in the first set, before Pliskova was able to hold serve and make it 5-3. Barty closed out the set on her serve, winning it 6-3.

The second set was more evenly contested, with Pliskova battling  back to force a tie breaker, breaking Barty to make it 6-6. Pliskova won the tiebreaker 7-4 to win the set.

The third set mirrored the first, with Barty winning 3 straight games before Pliskova was able to hold. The Australian closed out the set on her serve to win the match.

Barty became the first Australian woman to win the singles tournament at the All England Club since Evonne Goolagong Cawley.

Barty previously won the French Open as a singles player and the US Open in doubles with American CoCo Vandeweghe.

Pliskova is still seeking her first Grand Slam win, having lost in this final as well as the 2016 US Open final.