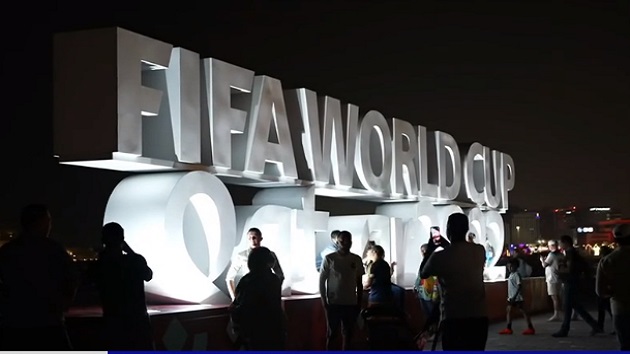 (DOHA, Qatar) — Argentina defeated France in an epic World Cup final on Sunday that ended after a penalty shootout.

All eyes were on France’s Kylian Mbappé and Argentina’s Lionel Messi, two of soccer’s best-known stars, who have played together for two seasons on Paris Saint-Germain Football Club, and both did not disappoint. Mbappé scored three goals and Messi two. Both stars also were successful in penalty kicks.

After extra time, the score was 3-3. Argentina won the shootout 4-2.

Mbappé, 23, played on Sunday for the French national team, the reigning World Cup champions, which won the tournament in Russia in 2018.

Messi, 35, who has played in Europe for most of his long career, took the field for the South American challenger. It’s Messi’s fifth World Cup. He’s considered by many to be the best player currently playing — and perhaps the greatest of all time — but he has never won the World Cup.

“Final day for our two Parisians,” Paris Saint-Germain said on Twitter on Sunday. “We are proud of you.”

The French team on Sunday morning said the match will amount to a “face-to-face” competition between the four best strikers and top goal scorers in this year’s World Cup.

A win for France on Sunday would place the team in the rarified category of having won consecutive World Cups, a feat not accomplished since Brazil’s back-to-back wins in 1958 and 1962. Mbappé was on the winning team four years ago.

Argentina hasn’t taken home the World Cup trophy since 1986, when it toppled West Germany in Mexico. The team reached the finals in Brazil with Messi in 2014, but was beaten by Germany.

Messi said in October that the tournament in Qatar would be his last World Cup.