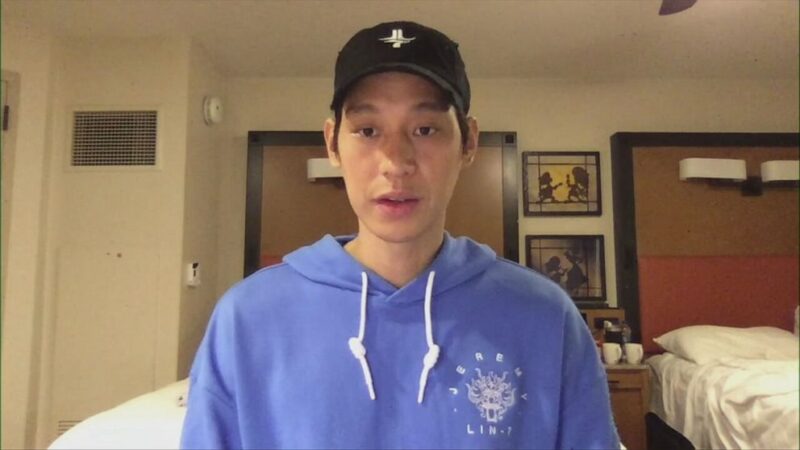 (LOS ANGELES) — Last weekend an NBA G League official told ESPN they were investigating basketball player Jeremy Lin’s claim he was called “coronavirus” on the court. But the next day, Lin posted on social media that he would not name the person who did it, saying he wasn’t “naming or shaming anyone.”

It was a decision that turned a moment in which someone tried to hurt him personally into a rallying cry of strength for the Asian American community at large — in a year when fear and hatred have been stoked against them amid a global pandemic.

“I felt like I wanted to bring awareness towards — not me … [but to] what’s going on off the court, real life, with people dealing with actual, physical attacks and things of that nature, and people who feel unsafe walking around,” Lin told ABC News. “These are the real stories that need to be talked about and people need to hear about them.”

Lin became the first American-born NBA player of Chinese or Taiwanese descent when he signed with the Golden State Warriors during the 2010-11 season. The next season, he led the New York Knicks on a seven-game winning streak that garnered global headlines and inspired the fervor of “Linsanity.”

The nine-year NBA veteran now plays with the G League’s Santa Cruz Warriors. Over the course of his career, he has never shied away from speaking out about his Taiwanese roots and the issues facing the larger Asian American community.

In 2017, he spoke openly about his years playing on the road while attending Harvard. He recounted painful experiences of other slurs being hurled on the court. While teammates would alert the coach, Lin said, “I didn’t say anything, because when that stuff happens, I kind of just, I go and bottle up.”

Despite growing up American, Lin told ABC News he has been treated as an “other” for “my whole life.”

“I’ve always been the token Asian guy. I’ve always had to prove myself a little bit more, knowing that in a lot of situations that if I’m even with somebody else, then I’m behind, basically,” he said. “I’ve kind of grown up my whole life knowing that.”

Through it all, Lin said, he feels his career has been purposeful.

“God has continued to use me and allowed me to do things beyond what I’m capable of doing,” he said. “I just hope that by continuing to play, when the next Asian or Asian American comes along that … hopefully it won’t be as difficult for them, or they won’t be labeled as ‘deceptively athletic,’ or they won’t have to fight as hard, or fight uphill to be able to show what they can do.”

Lin said what he experienced is “a little bit uncomfortable, but the NBA and everybody within the organization, and outside, have been amazing and supportive.”

Lin didn’t specify when the incident calling him “coronavirus” happened. It’s unclear if the incident occurred in the G-League bubble in Orlando, Florida, where Lin is currently playing.

In his Facebook post, he called on all people to “listen to the voices that are teaching us how to be anti-racist towards ALL people. Hear others stories, expand your perspective. I believe this generation can be different. But we will need empathy and solidarity to get us there.”