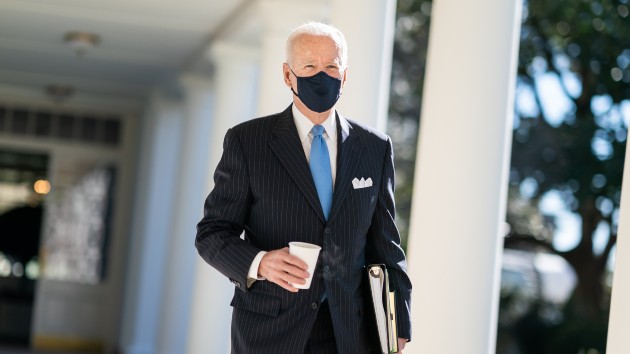 (WASHINGTON) — The faces of climate change activism have been dominated by young people in recent years, from Swedish teenager Greta Thunberg to thousands of young people organizing and protesting in the United States.

As President Joe Biden prepares to host a climate change summit on his first Earth Day in office, ABC News spoke to a group of young activists with diverse views on what they hope to see from the president.

Levi Draheim, 13, is the youngest plaintiff in a lawsuit where a group of young people sued the Obama administration, and later the Trump administration, for failing to address climate change. He said he got involved because he loves being outside swimming and sailing in his hometown in Satellite Beach, Florida, but he’s already seen the impact of climate change in his community — dunes are eroding, increasing the risk of flooding.

“If the dunes erode,” he said, “then there will be a higher chance that the barrier island that I grew up on will be flooded, and [we] won’t be able to show that to my baby sister — or if I have children, I wouldn’t be able to show it to my kids. We really need to be able to focus on the small things like that.”

“Individually, we need to make sure that we’re doing all that we can and we’re educating ourselves — educating ourselves on what is happening just in our community — so that we’ll be able to take action that way,” he added. “And then, like, globally we need to all think about, like, policy changes that will be enacted to help to protect the Earth.

John Paul Mejia also said his roots in Florida motivated him to become a climate activist.

His hometown of Miami “is beautiful and a place that is filled with people that I love, and I know how much the climate crisis threatens us,” he said. “And so to give up, to not have ambition, to not pursue goals at the scope of the crisis means to me that I’m giving up on my people. That I consider my people disposable. That I’m not ready to fight tooth and nail to defend people in places I love.”

Silas Neeland, a 13-year-old member of the White Earth Nation, said his community also motivates him in his activism against a Line 3 tar sands pipeline in Minnesota and Wisconsin. Neeland recently traveled to Washington, D.C., with the Indigenous Environmental Network to ask Biden to halt pipeline construction.

Neeland lives in Rice Lake, Minnesota, and said he’s concerned the pipeline could leak and pollute the Wild Rice River, where his tribe still harvests rice.

“Water is life, we’re made out of mostly water, everything’s made out of water,” he added. ” Wild rice, my ancestors harvested it — you know my kids are gonna harvest it.”

The young activists said they want to see Biden live up to the promises he made during the campaign to make climate change one of his top priorities.

Mejia is a rising college freshman who works with the Sunrise Coalition, a group of youth climate activists that burst onto the national stage during protests on Capitol Hill in support of the Green New Deal. He said he wants Biden to fulfill his promise for aggressive action that can “tackle this crisis at the speed, scope and scale necessary, by enacting government-wide plans … completely transform our infrastructure over the next 10 years, to go from a very carbon-intensive, dirty, dangerous economy to one that’s clean.”

Brooklyn Brown, a high school junior, works with a conservative climate group called the American Conservation Coalition. She grew up in Utah near beautiful outdoor spaces, like Zion National Park, and said she’s noticed an increase in air pollution nearby.

“I’m sure all of us here can agree what we need to do is look to science and look to evidence,” Brown said. “When we look at what the data suggests, then we can find solutions — instead of supporting a politician, support evidence and data … no matter where we are in the political spectrum.”

Mejia agreed that climate change is too vital to be bogged down by politics.

“Bridging the divide, like Brooklyn said, is absolutely something that’s necessary,” Mejia added. “No matter the color of your skin or how much money you have in your pocket, you have the right to clean air, clean water, a livable future and good health, and that’s what we’re fighting for.”