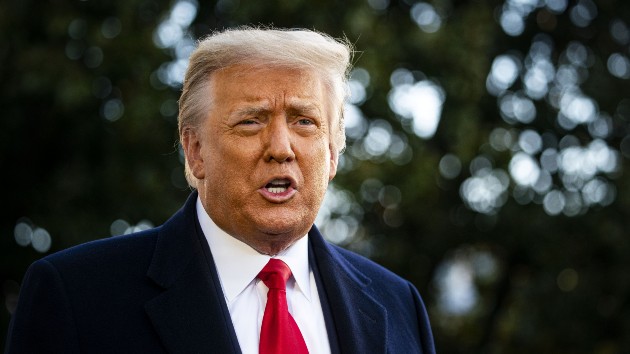 (WASHINGTON) — Former President Donald Trump’s historic second impeachment trial is set to begin Tuesday afternoon and will focus on his alleged role in inciting the deadly Capitol insurrection on Jan. 6.

Despite Trump being out of office, some Congress members are determined to hold him accountable and stop him from holding future office, which senators could also vote for if he’s convicted.

As a result, House Democrats and Trump’s lawyers — David Schoen and Bruce Castor — have prepared their cases to present to the Senate, where Sen. Patrick Leahy, D-Vt., will preside over the trial.

Here’s what you need to know before the impeachment trial begins:

Do members of the GOP support Trump’s impeachment?

On Jan. 13, 10 Republicans joined House Democrats to charge Trump with a single article of impeachment. The final vote was 232-197.

However, the majority of Republican senators are likely to vote for an acquittal, as they did during Trump’s first impeachment. On Jan. 26, in a 55-45 vote, most Republicans voted that the trial was unconstitutional. For Trump to be convicted, all Democrats and 17 Republicans must vote yes.

What evidence are Democrats using to support the article of impeachment?

House Democrats filed an 80-page brief, detailing Trump’s “unmistakable” role in influencing his supporters’ actions at the Capitol. House impeachment managers argue the Jan. 6 riot was a final attempt to overturn the presidential election results that were certified later that evening. Democrats plan to use Trump’s action leading up to the deadly insurrection to prove the events that transpired were calculated and promoted by the former president, sources told ABC News.

While it is unclear if both sides will call witnesses, House impeachment managers have requested that Trump testify under oath. Trump’s defense team quickly rejected the idea and called the request a “public relations stunt.”

What is Trump’s defense?

Trump’s newly appointed legal team also submitted its brief on Feb. 2, stating the trial is unconstitutional because Trump is no longer in office. The trial’s legality has been called into question since the beginning but the Senate voted to proceed.

Trump’s team is denying he violated the oath of office. Its brief argues that Trump’s use of social media and comments made on Jan. 6 are protected by the First Amendment. There is a possibility that Trump’s defense may contend there was election fraud despite Trump and his allies losing multiple court cases making that argument and the 2020 election results being certified by Congress.

Trump’s lawyers filed another brief on Feb. 8, further elaborating their argument against the trial’s constitutionality and asking the Senate to dismiss the charges. House impeachment managers followed with a five-page response to Trump’s legal team. Their response is not considered a rebuttal, but one is expected to be filed before the trial starts.

Will there be an increase in security?

Washington, D.C., Mayor Muriel Bowser, in a press conference on Jan. 28, said there would be additional security in the district during Trump’s impeachment trial. Approximately 7,000 National Guardsmen remain in Washington for an extra measure of precaution following the Capitol riot that left five dead.

Here’s how you can watch Trump’s 2nd impeachment trial:

Tune in to “ABC News Live” starting at 1 p.m. for full coverage and analysis of Trump’s second impeachment trial.

Once the Senate floor is opened, there will be four hours of debate on constitutionality followed by a vote. Senate Majority Leader Chuck Schumer has determined opening arguments will begin on Wednesday with House impeachment managers; each side will have 16 hours. Questions and answers will follow opening arguments.

The trial’s length is still unknown, but ABC News’ sources believe the trial could be over early next week.