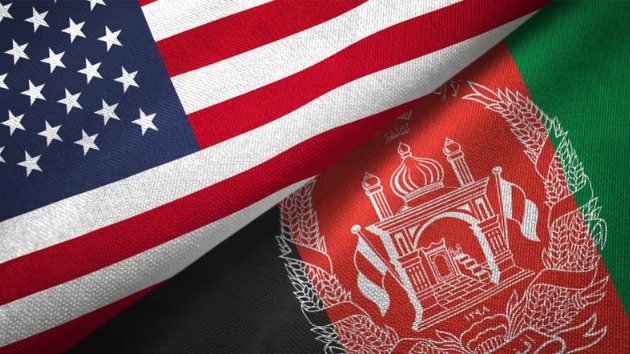 (WASHINGTON) — The United States will withdraw its troops from Afghanistan, President Joe Biden said Thursday, but it will be “hard” to do before a May 1 deadline.

Biden said his administration is still reviewing that deadline, a key part of the deal his predecessor Donald Trump made with the Taliban — the militant group that harbored al-Qaida operatives responsible for the Sept. 11th attacks, was toppled by U.S. forces, but now governs over 4.5 million Afghans.

After two decades of U.S. war, Biden said he “can’t picture” American troops remaining in the country next year, but it’s still unclear under what conditions and when they will depart.

Asked if it was possible the U.S. could still have troops in Afghanistan next year, Pres. Biden says, "I can't picture that being the case." https://t.co/QD4bn2rsDJ pic.twitter.com/pDhcYBDX9L

“If we leave, we’re going to do so in a safe and orderly way,” Biden said during a press conference Thursday.

Some 2,500 U.S. troops remain in Afghanistan to train and support Afghan security forces, in addition to approximately 7,500 troops from other NATO allies. Defense Secretary Lloyd Austin visited them on Sunday, becoming the first Biden Cabinet chief to meet with Afghan leaders like President Ashraf Ghani.

Biden’s Secretary of State Antony Blinken has pushed to help reinvigorate the diplomatic process that brought the Afghan government and the Taliban together for the first time last fall.

As part of Trump’s U.S.-Taliban deal, U.S. forces immediately began drawing down and closing bases, while the Taliban committed to no longer provide safe haven to al-Qaida and to negotiate with government representatives on a political settlement and ceasefire.

The remaining U.S. forces are supposed to exit by May 1 if the Taliban are meeting their commitments — something U.S. officials have said repeatedly they have not done. But if they don’t depart, the Taliban has warned they could resume attacks against U.S. forces.

Biden is still weighing options presented to him by the Pentagon that include withdrawing all U.S. troops by or close to the May 1 deadline, keeping the troops there indefinitely, or keeping them there for another six months into November, according to a U.S. official.

Asked if he’ll abide by the deadline, Biden said Thursday, “It’s going to be hard to meet the May 1 deadline, just in terms of tactical reasons. It’s hard to get those troops out. … We’re in consultation, I said, with our allies and partners, on how to proceed.”

“We will leave. The question is when we leave,” he added.

But the question is also in what condition will U.S. troops leave Afghanistan. In the 13 months since that deal was signed, violence has also soared between Taliban and government forces, as well as ISIS’s affiliate — leaving Afghan civilians caught in between. While peace negotiations conveyed for the first time last September, they’ve remained deadlocked.

The militants have been “prosecuting an all-out war against the Afghan state and society,” said Afghan national security adviser Hamdullah Mohib Tuesday, even as they string negotiations along without a real “change in Taliban’s posture, in Taliban’s opinions, in Taliban’s policies.”

Still, there has been some movement in the last week. After a high-level summit in Moscow, the government and Taliban agreed to “accelerate the (peace) process,” according to Abdullah Abdullah, the government’s lead negotiator. The same meetings brought consensus among the U.S., Russia, China and Pakistan, who issued a joint statement that called on the sides to “engage immediately,” urged the Taliban not to launch a spring offensive and agreed Afghanistan should not become an Islamic emirate again.

“The diplomacy on Afghanistan has been moving forward,” Blinken said Wednesday, pointing to a second summit to be hosted by Turkey next month. The top U.S. diplomat wrapped up two days of meetings with NATO allies in Brussels, where he stressed the administration’s consultations with those partner forces and said, “That’s going to be an important factor in informing his (Biden’s) thinking” on withdrawal.

Blinken tried to kickstart negotiations with a controversial proposal in a letter to Ghani. The letter proposed an agreement to reduce violence between the two Afghan sides and a “roadmap to a new, inclusive government” that shared power between Ghani’s administration and the Taliban — something Ghani has rejected.

“Disunity on the part of Afghan leaders proved disastrous in the early 1990s and must not be allowed to sabotage the opportunity before us,” Blinken wrote, according to a copy of the letter published by Afghanistan’s TOLOnews.

He warned that even with continued U.S. financial support, the Taliban “could make rapid territorial gains” once U.S. troops withdraw — adding, “I am making this clear to you so that you understand the urgency of my tone.”

ABC News’s Molly Nagle contributed to this report from the White House and Luis Martinez from the Pentagon.