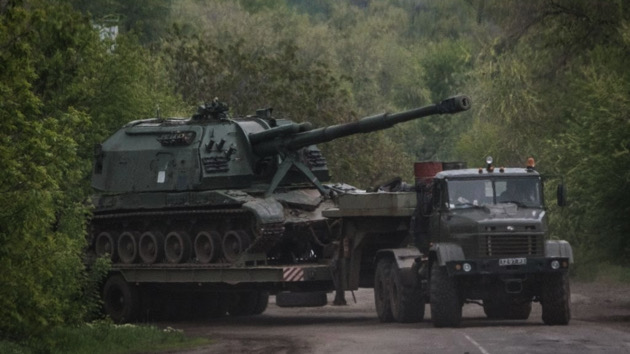 (KYIV, Ukraine) — Dozens of artillery systems supplied by the United States to Ukraine were not fitted with advanced computer systems, which improve the efficiency and accuracy of the weapons, ABC News has learned.

The M777 155mm howitzers are now being used by the Ukrainian military in its war with Russia.

The Pentagon did not deny that the artillery pieces were supplied without the computers but said it had received “positive feedback” from the Ukrainians about the “precise and highly effective” weapons.

That positive sentiment was echoed by a Ukrainian politician, who spoke to ABC News on condition of anonymity. However, the politician also expressed frustration that the artillery pieces had not been the fitted with the digital computer systems.

Artillery is currently playing a crucial role in the fighting raging in eastern Ukraine as Russia continues its offensive in that part of the country.

U.S. officials recently confirmed that all but one of the 90 howitzers promised to Ukraine had now been delivered, along with tactical vehicles used to tow them.

If fitted to a howitzer, the digital computer system enables the crew operating the weapon to quickly and accurately pinpoint a target.

Howitzers without a computer system can still be fired accurately, using traditional methods to calculate the angle needed to hit a target. Modern computer systems, however, rule-out the possibility of human error.

Why the artillery pieces supplied to Ukraine did not have the digital targeting technology installed is unclear. The Pentagon said it would not discuss individual components “for operational security reasons.”

The revelation about the lack of computer systems on the howitzers comes amid broader frustration in Ukrainian political circles that the U.S. has not yet supplied certain types of advanced weaponry.

However, the Ukrainian government is currently lobbying the United States for multiple rocket launcher systems and western-made fighter jets, such as F16s.

Ukrainian politicians interviewed by ABC News said it was urgent that Ukraine received these types of weapons now, because they believe that Russia is vulnerable following a string of failures on the battlefield.

“What we are saying is that we need all the multi-rocket-launcher systems now. This is the best time for us to get the Russians out of our country.”

“To do that, we need really good U.S. weapons,” the politician said.