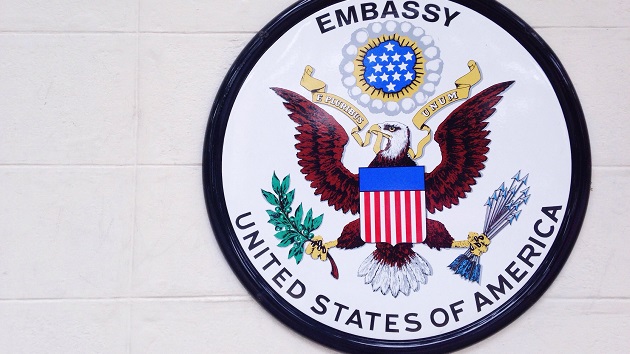 (WASHINGTON) — In advance of the one-year anniversary of George Floyd’s murder, Secretary of State Antony Blinken authorized all U.S. embassies and consulates overseas to fly the Black Lives Matter flag on their official flagpole this year, according to an internal memo obtained by ABC News.

All U.S. diplomatic posts are “strongly encouraged” to use the department’s resources “to promote policy objectives to advance racial equity and support for underserved communities,” especially on May 25 and during June to commemorate Juneteenth, according to Blinken’s memo.

That includes support for using “the term ‘Black Lives Matter’ in messaging content, speeches, and other diplomatic engagements with foreign audiences to advance racial equity and access to justice on May 25 and beyond.”

That push to promote racial justice and equality has been a cornerstone of Blinken’s short time at the agency, rankling critics, including his predecessor Mike Pompeo.

Last year, demonstrations in the U.S. that started over Floyd’s murder and spread to protest racial injustice were swiftly swept overseas to dozens of countries, often addressing local issues as well. In Colombia, for example, protesters denounced the killing of Floyd and Anderson Arboleda, a young Afro-Colombian man whose family said he was beaten by police and later died, while in France, Floyd’s killing reignited mass demonstrations over the death of Adama Traoré, who died in French police custody.

In a video released Tuesday, Blinken said the U.S. can only be a “credible force for human rights around the world” if it faces “the realities of racism and hatred here at home.”

The video, which includes U.S. ambassador to the United Nations Linda Thomas-Greenfield and other senior U.S. officials, was shared by U.S. posts around the world.

“We can’t sweep our shortcomings under the rug or pretend they don’t exist. We need to face them openly and honestly, even if that’s ugly — even if that’s painful,” Blinken says in it, under photos of protests held around the world last year.

His internal memo encourages embassies and consulates to plan events and messaging around that theme, but “as appropriate and depending on local context.”

The phrase “Black Lives Matter” and the surrounding issues can be a source of greater sensitivity in certain countries, including Colombia where protests against tax reform in April have more recently taken on police violence after police used deadly force against demonstrations. But the Colombian government remains a critical U.S. partner in Latin America, making any political statements by the U.S. embassy there more difficult in a fraught political environment.

“On the anniversary of George Floyd’s killing, we reaffirm that what distinguishes the U.S. is not that we are perfect. It is that we face our flaws and challenges openly to move forward, defend our core values, and demonstrate the resilience of our democracy,” the U.S. embassy in Bogotá tweeted Tuesday, mirroring Blinken’s words.

Back in Washington, the top U.S. diplomat has unveiled some of his own policies to do just that, speaking repeatedly about the need to diversify the State Department’s historically white and male ranks. Last month, Blinken announced that he had tapped veteran diplomat Gina Abercrombie-Winstanley to be his chief diversity and inclusion officer, the department’s first ever.

His push also contrasts with Pompeo, who in his final days in office criticized “multiculturalism,” tweeting that it is “not who America is.” He also blasted the New York Times’ “1619 Project” as a “disturbed reading of history” based in “Marxist ideology” that made the Chinese Communist Party “gleeful.”

Last June, as George Floyd protests swept across the U.S., former President Donald Trump’s ambassador to South Korea Harry Harris hung a Black Lives Matter banner and a LGBT Pride flag on the U.S. embassy — both of which were later removed, reportedly at Washington’s instruction.