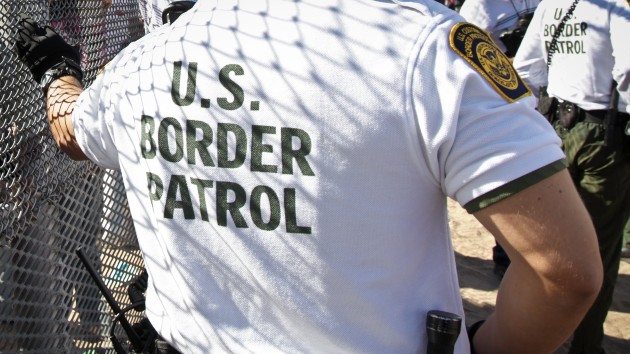 (WASHINGTON) — A NASA site in California is being considered as a potential location to house the growing number of migrants coming across the border, according to sources briefed on the plans.

Sources told ABC News that plans are still in flux, but the site, Moffett Federal Airfield in Mountain View, is expected to house a number of unaccompanied minors in Customs and Border Protection custody, which has risen to just under 3,500 in recent weeks, according to sources and internal CBP documents reviewed by ABC News.

“The Department of Health and Human Services has requested federal agencies to determine whether they have currently vacant properties that might be available and suitable for potential future use as Temporary Influx Care Facilities for unaccompanied migrant children,” Darryl Waller, a spokesman for NASA, told ABC News.

“HHS and NASA’s Ames Research Center are coordinating a site assessment of some currently vacant property at Moffett Field, California, for HHS personnel to determine whether certain facilities at the site might be suitable to temporarily provide shelter space in the future. This effort will have no impact on NASA’s ability to conduct its primary missions,” Waller said.

The HHS’ Office of Refugee Resettlement confirmed Wednesday night that it is considering opening additional bed space for unaccompanied migrant children at a NASA site in California.

“NASA officials will join the HHS staff as they tour the property available for potential future use,” ORR said in a statement. “HHS will determine if the site will be used for UC operations. We expect to decide soon about the feasibility of the NASA site to serve as a potential temporary emergency influx shelter.”

The site would work similarly to the facility in Carrizo Springs, Texas, where migrant children are housed until they’re reunited with family members or sponsors in the U.S. There are currently 8,100 minors in ORR facilities.

The majority of minors in CBP custody are over the age of 13, while nearly 200 are under the age of 12, the documentation shows. Nearly 1,500 have been waiting longer than the legal limit of 72 hours without being transferred to Health and Human Services.

The continued increase in arrests marks the highest monthly total since Border Patrol stations were overwhelmed by an influx of migrant families in the spring of 2019. Roughly a quarter of those crossing are repeat offenders, one senior CBP official told reporters.