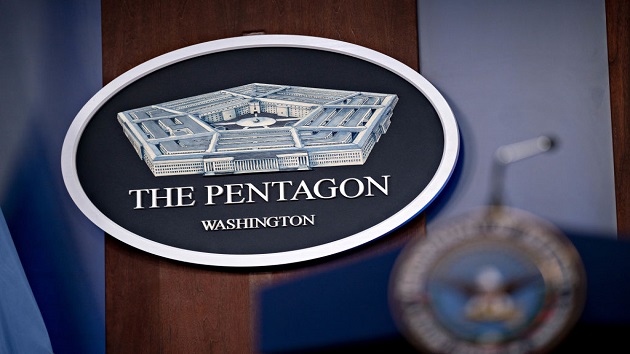 (WASHINGON) — The Pentagon has been providing daily updates on the U.S. assessment of the Russian invasion of Ukraine and Ukraine’s efforts to resist.

Here are highlights of what a senior U.S. defense official told reporters Friday on Day 44:

After repeated pleas from Ukraine for help defending itself against Russian air strikes, Slovakia is sending its sole S-300 surface-to-air missile system to Ukraine, it announced Friday, and at the same time, the U.S. announced it is moving one of its Patriot missile batteries to Slovakia to replace it.

“At my direction, and at the invitation of Slovakia, U.S. European Command will reposition one Patriot missile system, manned by U.S. service members, to Slovakia,” Defense Secretary Lloyd Austin said in a statement Friday. “Their deployment length has not yet been fixed, as we continue to consult with the Slovakian government about more permanent air defense solutions.”

There has been talk of such an arrangement since last month when Slovakian defense minister Jaroslav Nad’ said his country was ready to deliver its Soviet-era S-300 to Ukraine on condition Slovakia’s air-defense capability be immediately backfilled.

“Should there be situation that we have a proper replacement or that we have a capability guaranteed for a certain period of time, then we will be willing to discuss the future of S-300 system,” Slovakia’s Prime Minister Eduard Heger said in a joint press conference with Austin on March 17.

A U.S. military Patriot battery based in Germany was pre-positioned in Poland for this purpose, and that system will soon be moving to from Poland to Slovakia to replace its S-300, according to a senior U.S. defense official.

The Slovak military has previously said it had about 45 missiles for its S-300 system.

The Pentagon is “not buying” Russia’s denial of responsibility, a senior U.S. defense official said.

“They originally claimed a successful strike and then only retracted it when there were reports of civilian casualties,” the official said. “It’s our full expectation that this was a Russian strike — we believe they used a short range ballistic missile, an SS-21.”

The official said the station is a major rail hub in a “very strategic location,” just south of the key city of Izyum.

“And we’ve been talking now for days and days about how Izyum was so important to them because it lies almost in the middle of the Donbas,” the official said.

Some of the Russian battalion tactical groups (BTGs) that have withdrawn back across the Belarusian and Russian borders have been essentially gutted from hard fighting in Ukraine, according to the senior defense official.

“We’ve seen indications of some units that are literally, for all intents and purposes, eradicated. There’s just nothing left of the BTG except a handful of troops and maybe a small number of vehicles,” the official said.

In terms of total losses — counting troops, tanks, aircraft and missile inventory – Russia has lost between 15-20% of the combat power it originally had arrayed against Ukraine since the beginning of the invasion, according to the official.

Some of the Russian forces withdrawn from around Kyiv and elsewhere are now heading to the Russian cities of Belgorod and Valuyki, to the northwest of Donbas. But there are “no indications” that fresh troops are waiting there to join them.

For now, degraded Russian BTGs, usually made up of roughly 800-1,000 troops, are “exploring the option of” consolidating, banding together remaining forces and supplies to form new units.

“It’s really going to depend on the unit and how ready they are to get back into the fight, but we don’t believe that in general this is going to be a speedy process for them given the kinds of casualties they’ve taken and the kind of damage that they’ve sustained to their to their units’ readiness,” the official said.

Russia is also aiming to recruit upwards of 60,000 new troops, according to the official.

“They hope to get reinforced by new conscripts — there’s a whole new conscription schedule coming up here in May,” the official said, adding that Russian conscripts serve for one year.

“It remains to be seen how successful they’ll be on this, and where those reinforcements would go, how much training they would get,” the official said.

After Russian BTGs rebuild, “the most likely course of action would be for them to move immediately south right into the Donbas,” the official said.

The Pentagon estimates more than 40 Russian BTGs are already positioned in or near the Donbas region. The estimate was “more than 30” on Wednesday, meaning up to 10,000 more troops have arrived in recent days.