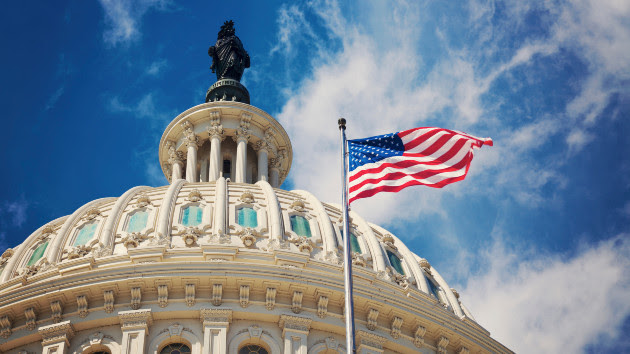 (WASHINGTON) — Nearly two years after the Jan. 6 attack on the U.S. Capitol — a deadly riot that saw hundreds of people overwhelm law enforcement, sending lawmakers temporarily into lockdown — Police Chief Tom Manger is outlining what the agency has done to improve security.

In a letter to Congress on Monday, Manger said his force had made 100 “significant improvements” after the insurrection, such as bringing in a new special events coordinator, hiring a new intelligence information coordinator and enhancing the civil disturbance unit, among other changes.

“Make no mistake, there is still work to be done,” he said. “The current threat climate, particularly against elected officials, will require continued and heightened vigilance.”

Still, he vowed, “We will do everything possible to fulfill our mission of protecting the Members of Congress, the Capitol Complex and the legislative process. Our dedicated and courageous men and women take on this responsibility every day.”

Manger was brought on shortly after the Jan. 6 attack — with promises to reform the agency.

The Capitol Police’s inspector general, Michael Bolton, found last year that the agency was ill-equipped to handle the riot that day, had faulty equipment and did not share intelligence.

“Training deficiencies put officers, our brave men and women, in a position not to succeed,” he testified in the House in April 2021.

According to the U.S. Government Accountability Office, 114 Capitol Police officers were injured on Jan. 6.

The watchdog also found that officers felt unprepared to handle the crowd that swarmed the complex, many of whom were armed — with pistols, rifles, bear spray and flagpoles, according to testimony heard during the House Jan. 6 hearings.

The Capitol Police union has also long complained that the agency has suffered from understaffing.

Manger said Monday they are working to address that issue, too.

“Perhaps most important, the United States Capitol Police is successfully recruiting and training new police officers at a rate that will, in the next several months, put us above our pre-pandemic and pre-January 6 staffing levels,” he said. “This success comes at a time when most law enforcement agencies are struggling to bring on additional officers.”