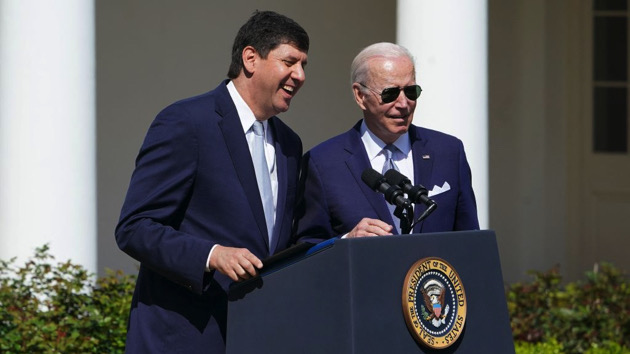 “[Dettelbach’s] years of experience as a United States Attorney have provided him the opportunity to work closely with law enforcement agencies and gain a unique understanding of the challenges and complexities agencies face in combating firearms violence, gang-related crime, and other threats to our communities,” IACP President Chief Dwight Henninger said in the association’s letter.

“We believe that Mr. Dettelbach’s experience, expertise, and record of success are evidence of his outstanding qualifications to serve as the next Director of the ATF.”

WIFLE’s President Catherine Sanz similarly praised Dettelbach’s previous experience as U.S. attorney for the Northern District of Ohio, where he served for seven years under the Obama Administration.

“He has used innovative anti-violence approaches and partnerships focusing on crime prevention as well as data driven approaches to target criminal organizations and violent offenders,” Sanz said. “He also engages with the communities to create a more coordinated and inclusive approach to law enforcement.”

In recent weeks, an increasing number of national law enforcement groups have thrown their support behind Dettelbach, who the White House hopes will become ATF’s first Senate-confirmed director in more than six years.

David Chipman, who served 25 years as an ATF agent before later becoming a vocal gun control advocate and senior policy advisor for the Giffords Foundation, was forced to withdraw his nomination last September following a major campaign opposing his nomination from gun groups like the National Rifle Association.

In addition to unanimous opposition from Republicans in the Senate, several moderate Democrats, in addition to independent Sen. Angus King, withheld announcing their support for Chipman’s nomination.

While WIFLE endorsed both Dettelbach’s nomination as well as Chipman’s, IACP was among several law enforcement groups that had notably withheld announcing their support for Chipman.