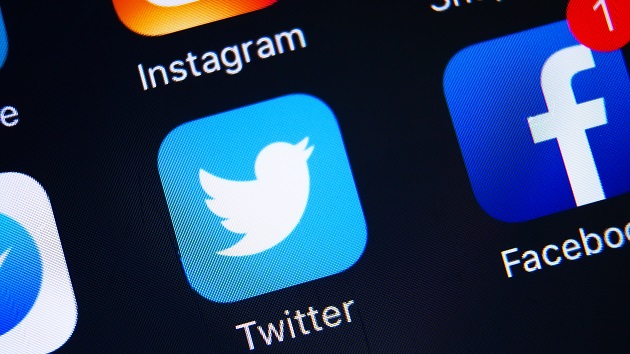 (NEW YORK) — The company confirms it is exploring subscriptions and other features to generate revenue.
Twitter is expanding its use of labels to identify official government accounts and state-affiliated media in a bid to boost transparency and better inform readers, the company has announced, expanding to 16 new countries with “state-linked information operations.”

The social media platform has been under intense pressure to combat disinformation and clarify its policies on policing accounts, especially in the wake of former U.S. President Donald Trump’s permanent ban.

But unverified accounts will not be affected, including the controversial megaphone that Iran’s Supreme Leader Ayatollah Khamenei uses despite a ban on Twitter in his country, which potentially undermines the new policy’s effectiveness.

The move is also not about combating disinformation from state-backed accounts, which has run rampant across social media platforms. Twitter has instead implemented policies against spreading false or misleading information, according to Nick Pickles, Twitter’s global director of public policy strategy and development, who said it’s enforced equally against all accounts and evident in the removal of thousands of fake accounts in recent years.

“Our primary motivation is to give people on Twitter, wherever in the world they are, more context about the tweets they’re seeing, rather than about changing the way governments behave,” Pickles told ABC News in an interview. “These labels aren’t punitive. They don’t limit the visibility of tweets. They don’t affect how people see these tweets. It’s just additional context to apply to tweets.”

In August, Twitter started labeling official government accounts from the five permanent members of the United Nations Security Council — the United States, Russia, China, the United Kingdom and France. Those official accounts, including spokespersons, heads of state and government agencies, now have a gray flag emoji and the label “government account” included on their bio pages — and with every tweet, making clear the message is an official position.

But the policy extends only to “official” accounts. For example, the account for the French presidency @Elysee is marked, but the personal account of Emmanuel Macron, from which the French president often tweets about his activities and views, is not — a loophole of sorts that will change under the new policies, according to Twitter. Verified personal accounts for heads of state, foreign ministers, ambassadors, spokespersons and agencies will have the gray flag.

Twitter has previously removed thousands of accounts linked to some of those countries’ governments, especially Saudi Arabia and Iran, for “spammy” behavior that manipulated the platform’s conversations.

Those “significant state-backed information operation[s],” as Twitter has called them, are aimed at promoting the country’s interests or even meddling in an adversary’s domestic affairs. In October, Twitter announced it removed fake Saudi accounts posing as Qatari officials, fake Iranian accounts artificially amplifying tense racial topics in the U.S. and fake Cuban accounts promoting the Communist Party’s youth league.

The new government labels, however, will not directly affect such disinformation operations. Instead, they are intended to bring clarity to what are official accounts and therefore official policies of foreign governments, especially as citizens of one country increasingly interact with spokespersons and agencies of another.

“Now we’re seeing in real time governments challenging each other, sharing different perspectives, sharing and amplifying their own values, and so for us, there is a huge value in that public conversation between governments happening and being visible to people,” Pickles said. “People can participate in it themselves, and then providing these labels gives people an additional context that when they do see those conversations happening, they understand the provenance of the accounts.”

But the policy still will only affect verified government accounts, which leaves open a major loophole. Khamenei, Iran’s supreme leader, will remain unaffected because none of the accounts associated with him have been verified, according to Pickles. Keeping his accounts on the platform, which have at times attacked Israel and amplified COVID-19 misinformation, has brought Twitter the ire of conservatives in the U.S, especially after Trump was suspended.

It’s also caused major confusion within the last month. One account that appeared to be affiliated shared a graphic that depicted Trump being targeted with a drone strike while golfing — a threat of retribution after he ordered the U.S. strike in January 2020 that killed Iran’s most powerful military commander, Qassem Soleimani.

The account @khamenei_site was suspended, with a Twitter spokesperson telling ABC News at the time the account was fake and engaging in “abusive behavior.” But the graphic it tweeted also was featured on Khamenei’s personal website, meaning even if the account was not officially affiliated, it was sharing state-sponsored propaganda.

Pickles said “people may believe” the account was “legitimate,” but it was “operating in violation of our rules.”

Verifying which Ayatollah accounts are authentic, including those in different languages, could help clarify the matter, especially as Twitter prepares to label other Iranian government accounts. Twitter is banned in the country, although many senior officials use it to speak abroad, and many ordinary Iranians find ways around the ban.

Pickles wouldn’t comment specifically on why the accounts remain unverified, but said, in general, there’s a “range of factors” in verification.

“This will be an ongoing, iterative process. If new accounts join Twitter and are verified, we’ll continue to apply the labels in real time,” he added.

In the months ahead, after the official government and personal heads of state accounts are labeled, Twitter will move toward marking “state-affiliated” accounts from these new countries, too. Many countries, Russia and China especially, have used these outlets to amplify their messages and push propaganda. Russian state broadcaster RT, for example, played a key role in pushing disinformation as part of Russia’s interference in the 2016 U.S. presidential election, even as some Americans didn’t know it was a foreign state media operation.

So far, Twitter identifies state-financed media organizations from the five major U.N. powers only if they do not have “editorial” independence. The BBC in the U.K. or NPR in the U.S., for example, are not labeled, while Russia’s Sputnik outlet and China’s Xinhua News are among the media accounts hit with labels. Tweets from state-affiliated media accounts will not be amplified on Twitter through its recommendation systems on timelines, search or via notifications.

The policy could leave a news agency like Voice of America, which is funded by the U.S. government but currently retains an editorial firewall, at risk of being labeled. Pickles said VOA isn’t labeled at the moment, but that “this is a dynamic global environment, so as we see the organizations change their behavior, it’s a complex space and certainly something that we speak to academics and partners regularly about to inform our approach.”