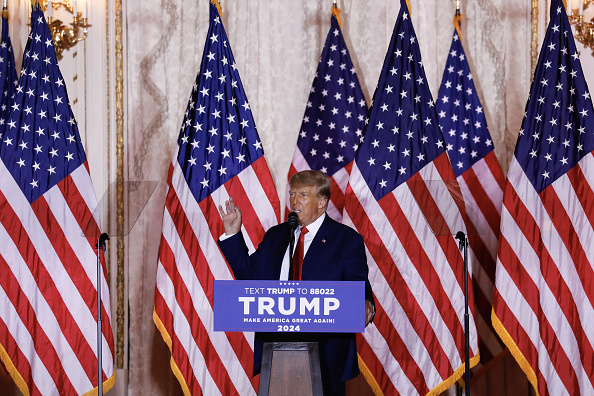 The committee met for several hours behind closed doors Tuesday afternoon and then returned to vote 24-16 in open session to release the information related to Trump’s tax returns from 2015-2020.

It’s not clear what documents will be released or ultimately included in the committee’s report, but there will be two days to redact sensitive information before anything is made public.

Chairman Richard Neal, D- Mass., said after the vote, “This is not being punitive. This is not about being malicious.”

The tax returns will cover six years, from 2015 to 2020, Neal later said. The committee is in the process of redacting personal information and will release the documents once that’s finished, which Neal said could be in a “few days.” The six years of returns, including those of eight affiliated businesses; committee reports, a report from the Joint Committee on Taxation and IRS audit reports are expected to be released.

According to a summary released by the committee, Trump and his wife Melania, during the first year of Trump’s presidential campaign in 2015, together reported $31.7 million in losses and reported $641,931 in net taxes.

Neal told reporters that the committee found there was no ongoing audit of Trump’s tax returns during his presidency until the committee requested them, despite an IRS requirement that tax returns filed by a sitting president or vice president are subject to audit.

“The tax forms were really never audited and only my sending a letter at one point prompted a rear-view mirror response,” Neal said.

The committee earlier unanimously voted to have a transcript of the closed proceedings released when appropriate.

Before the committee met, multiple boxes of Trump tax return-related documents were seen being wheeled into the room.

The committee obtained the information from the Treasury Department last month, after the U.S. Supreme Court denied Trump’s request to block an appears court order that he surrender his tax returns and other financial records to the committee.

It marked the fourth time Trump had lost a high court appeal related to requests for his taxes.

It’s not immediately clear what significant new information might be in the committee’s possession. Prosecutors in New York have already been able to access some of the data, but some of what the committee has could be more recent.

Tuesday’s vote came a day after the House Jan. 6 committee voted to make criminal referrals about Trump to the Justice Department.

In November, it was revealed that Trump reported nearly $1 billion in operating losses over a two-year period about a decade ago when an accountant testified at the criminal trial of the Trump Organization, spilling into public tax information that the former president has tried repeatedly to keep private.

The Supreme Court offered no explanation for its decision and there was no noted dissent or vote breakdown.

“We knew the strength of our case, we stayed the course, followed the advice of counsel, and finally, our case has been affirmed by the highest court in the land,” Chairman Neal said at the time. “Since the Magna Carta, the principle of oversight has been upheld, and today is no different. This rises above politics, and the Committee will now conduct the oversight that we’ve sought for the last three and a half years.”

While Trump has claimed the subpoena is a politically motivated fishing expedition, the committee said the documents were critical for drafting “legislation on equitable tax administration, including legislation on the President’s tax compliance.”

The top Republican on the committee, Rep. Kevin Brady of Texas, has accused Democrats of making a major mistake in a “rush to target” Trump.

“Ways and Means Democrats are unleashing a dangerous new political weapon that reaches far beyond President Trump, and jeopardizes the privacy of every American,” Brady said in a statement ahead of Tuesday’s meeting.

“Going forward, partisans in Congress have nearly unlimited power to target political enemies by obtaining and making public their private tax returns to embarrass and destroy them. This is not limited to public officials, but can target private citizens, business and labor leaders, and Supreme Court justices,” he said.

He echoed that shortly before the members gathered, saying, “The precedent that we set today will have severe consequences for taxpayers in democracy.”