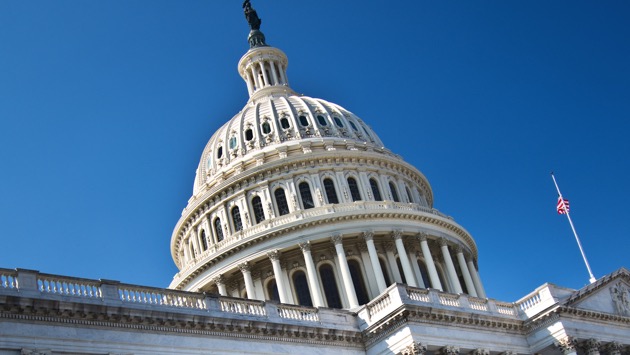 Despite Trump’s effort to stay fixated on relitigating the 2020 election, most Republicans remain loyally behind him, hoping to use his sway over the constituencies he folded into the party to reclaim the majority, while a far smaller faction wants to leave him behind. But whether Republicans like it or not, Trump has made clear he plans to use his influence in next year’s races, particularly as he maintains an ironclad grip on the base.

The shape of that influence, though, is largely on his terms despite the best efforts from party leaders to wield it.

Sen. Rick Scott, R-Fla., the chairman of the National Republican Senatorial Committee, reiterated in an interview that he spoke with Trump about how he can be helpful in 2022, sidestepping the recent moves by the former president against his own party and largely leaving the rest up to Trump.

In their pursuit of regaining control of Congress, history is on Republicans’ side next year since the president’s party typically loses ground in midterm elections. The Republican party has also unified against President Joe Biden and his agenda, with not a single Republican voting in favor of his first major piece of legislation, the $1.9 trillion coronavirus relief bill, which is expected to pass the House on Wednesday.

In recent weeks, Trump has doled out early endorsements for the cycle, including to four Republican senators: Tim Scott of South Carolina, Jerry Moran of Kansas, John Kennedy of Louisiana and Mike Crapo of Idaho.

But even as Trump has made clear his intentions to build up the Republican Party, saying in his speech at the Conservative Political Action Conference last month that he will be “actively working to elect strong, tough and smart Republican leaders,” he also read a list of GOP members of Congress who voted to impeach him and promised to expel his detractors from the party, telling the crowd, “get rid of them all.”

He’s already taken steps toward that goal: endorsing a primary challenger to Ohio Rep. Anthony Gonzalez, one of the Republicans who voted to impeach him in January after the insurrection at the U.S. Capitol, and vowing to campaign against Alaska Sen. Lisa Murkowski, a Trump critic who sided with Democrats and six other Republicans in convicting him in the Senate trial.

The RNC, in pushing back on the demands, said in a letter to the Trump team it “has every right to refer to public figures as it engages in core, First Amendment-protected political speech, and it will continue to do so.” The national party apparatus also noted that Trump “reaffirmed” to Chairwoman Ronna McDaniel “that he approves of the RNC’s current use of his name in fundraising and other materials, including for our upcoming donor retreat event at Palm Beach.”

The former president also released a statement on Monday night urging his supporters to give donations directly to his Save America PAC, essentially undermining the official party channels, to avoid giving money to “RINOS” or “Republicans in name only.”

“They do nothing but hurt the Republican Party and our great voting base — they will never lead us to Greatness,” he said in the statement.

By Tuesday night, Trump seemed to be attempting to assuage some anxieties about potentially hurting the party committees, saying in a statement, “I fully support the Republican Party and important GOP Committees, but I do not support RINOs and fools.”

As he seeks to make his mark on races next year, Trump’s maneuvers have continued to cause unwanted friction at a time when some Republicans want to see the most influential member of the party focus far more on the general election than primaries.

“That’s not going to be helpful,” Emmer said. “He can do whatever he wants. But I would tell him that it’s probably better for us that we keep these people, and we make sure that we have a majority that can be sustained going forward.”

“Nobody expects Donald Trump to dry up and go away. That’s not possible,” said Bill Palatucci, an RNC member from New Jersey. “The division is real, and it exists…but there’s much more to unite us as Republicans than divide us.”

While there is little doubt over Trump’s inevitable primacy in the party, when it comes to moving forward, Republicans are split on exactly what Trump’s role should be.

Some are eager to capitalize on the best parts of Trump while acknowledging his shortcomings as the leader of the party.

“It has to be bigger than any one candidate,” Henry Barbour, the RNC committeeman from Mississippi and the nephew of former Mississippi Gov. Haley Barbour, said of the party’s future. “Trump is very popular with Republican voters…I think it’s important for us to embrace the things that he did well, and I think one of the best things that he did for the party is to reconnect us with working-class voters and to move us away from just being the party of a big business and country club Republicans.”

“I think if President Trump had been more about the politics of addition, he’d still be president,” he added.

For Scott, who is charged with helming Senate Republicans’ campaign efforts, being in the middle of the GOP’s divide seems to be the last place he wants to be. He is even downplaying the divisions within the GOP’s ranks, including over what to do about Trump, as the former president seeks political retribution against his Republican rivals.

Late last month, Scott declared “the Republican civil war has been cancelled” in a video posted by the NRSC. In the interview, he deflected on whether the moves by Trump are a sign of division between the former president and the party, instead pointing to his unlikely victory in 2010 and Trump’s in 2016 to argue that endorsements don’t amount to much.

For the party he co-opted and for Democrats, Trump is undoubtedly a powerful motivator. In his four years in office, Democrats won back the House, the White House and the Senate, with the last two happening in the same election he lost, even with nearly 75 million votes.

Although endorsements by Trump of insurgents could create a rift within the party, some Republicans are underscoring concerns about him continuing to sow distrust in the electoral system and the ultimate impact it could have on Republican turnout next year.

Trump most recently amplified his false claims of a “rigged” election in his CPAC speech in Orlando, alleging widespread fraud and peddling baseless assertions that his loss was “not possible” as he also teased another run for president in 2024.

“Had we had a fair election, the results would have been much different,” Trump said.

Not all Republicans view Trump’s focus on his loss in the 2020 election as productive for 2022.

“If we are going to be a party in denial of what happened on November 3 then we will continue to suffer losses in places where we should not be losing,” Palatucci said.

Those concerns are amplified by the twin losses in Georgia, which handed Democrats a razor-thin majority in the Senate after the party maintained control of the House by a slimmer majority from 2018.

“At the end of the day, it’s all about the fact that Republicans didn’t turn out, and they were dissuaded from turning out by our own side,” said Jay Williams, a Republican strategist in Georgia. To ensure a different outcome next year when Democratic Sen. Raphael Warnock runs again for a full six-year term, Williams said, “don’t make it about Donald Trump talking about election fraud the entire time.”

Scott, for his part, signaled he’s not too worried about Trump’s rhetoric dampening turnout among GOP voters. Republican-controlled legislatures around the country, he said, are trying to ensure there is good “security” — a nod to the hundreds of election-related measures introduced since the election last fall. Among the avalanche of bills are more than 250 pieces of legislation aimed at restricting voting access by targeting mail-in voting, voter ID laws, or automatic voter registration among other provisions, which some voting rights advocates have condemned as “voter suppression.”

“We ought to have 100% participation, 0% fraud. We should make it so you can vote — everybody has a right to vote — but you can’t cheat. I think that’s what everybody’s doing so I think that’s going to take care of itself,” Scott, a former governor of Florida, said, despite no widespread cheating unearthed in the 2020 election.

Scott predicted that Republicans will hold all of their seats next year, including the five open seats, and gain at least four from Democrats.

Asked if the party could win without Trump, he replied, “We’re going to win ’22.”