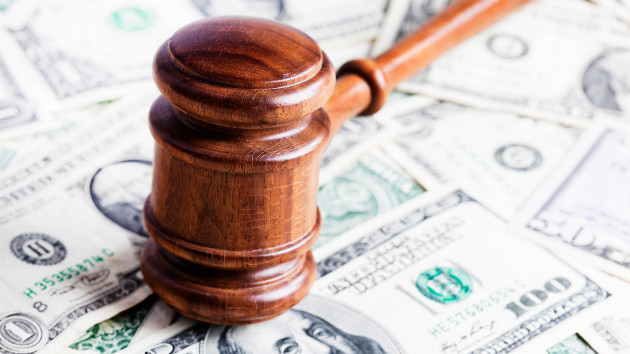 (NEW YORK) — Former President Donald Trump asked a Florida court on Wednesday to shield his revocable trust from New York Attorney General Letitia James, who has filed a $250 million civil lawsuit against Trump and his family.

In a 41-page civil lawsuit laden with familiar grievances, the former president accused James of “intimidation and harassment” and of making repeated “attempts to steal, destroy or control all things Trump,” including the Donald J. Trump Revocable Trust that contains his private estate plan, and decisions about the disposition of his assets upon death.

The lawsuit said the trust “requires protection from James’ demand to invade his privacy.” As part of her lawsuit, James has sought documents about the trust, its terms and its contents.

“These are private matters to President Trump, and under Florida law, revelation of a settlor’s revocable trust while the settlor is still alive threatens the settlor’s right to privacy guaranteed by Article I, Section 23 of the Florida Constitution and the common law,” Trump’s lawsuit states.

A spokeswoman for James issued a statement Wednesday night, saying, “Multiple judges have dismissed Donald Trump’s baseless attempts to evade justice, and no number of lawsuits will deter us from pursuing this fraud. We sued Donald Trump because he committed extensive financial fraud. That fact hasn’t changed, and neither will our resolve to ensure that no matter how powerful or political one might be, no one is above the law.”

James alleges that Trump and his family enriched themselves through “numerous acts of fraud and misrepresentations” for 20 years, and her lawsuit accuses the Trumps of “grossly” inflating the former president’s net worth by billions of dollars and cheating lenders and others with false and misleading financial statements.

The civil lawsuit, filed in State Supreme Court in Manhattan, seeks a $250 million judgment and a prohibition on any of the Trumps leading a company in the state of New York.

Trump’s filing comes hours before a hearing on Thursday in New York where a judge will hear oral arguments about the attorney general’s request for a preliminary injunction to stop alleged ongoing fraud.

The attorney general’s office claimed in a court filing last month that the Trump Organization allegedly appeared to be moving assets and taking other steps to restructure the business in an attempt to “evade liability.”

James also asked the court to appoint a monitor to oversee the Trump Organization’s preparation of financial statements to ensure accuracy.