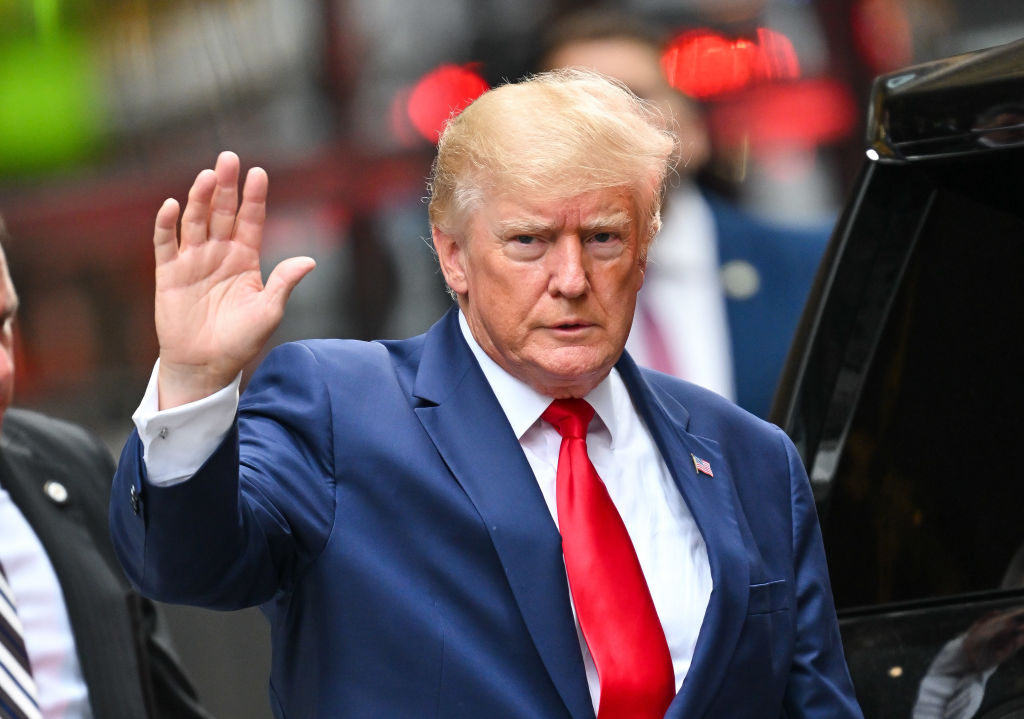 (NEW YORK) — Former President Donald Trump indicated that he pleaded the Fifth Amendment on Wednesday as he was deposed in a New York state civil investigation into his business dealings — which marks a reversal for a real estate baron who had cast aspersions on others who protected themselves from the possibility of self-incrimination.

Trump sat for a deposition in New York Attorney General Letitia James’ probe into whether he misstated the value of his assets to his own benefit, an investigation he has labeled a partisan “witch hunt.” (James is a Democrat.)

Trump’s appearance in New York marked the third straight day that he has faced legal challenges. His Mar-a-Lago residence was searched by the FBI in Florida on Monday in relation, sources told ABC News, to documents that he took with him when he departed Washington, including some records the National Archives has said were marked classified.

Separately, a federal appeals court on Tuesday ruled that his tax returns could be obtained by a House panel that has sought them for years.

In a rare move, Trump acknowledged in a statement Wednesday that he had changed his mind about invoking the Fifth.

But he argued that he was forced to after facing what he continued to describe as partisan probes, particularly the Mar-a-Lago search.

“I once asked, ‘If you’re innocent, why are you taking the Fifth Amendment?’ Now I know the answer to that question. When your family, your company, and all the people in your orbit have become the targets of an unfounded, politically motivated Witch Hunt supported by lawyers, prosecutors, and the Fake News Media, you have no choice,” he said in his statement.

“If there was any question in my mind, the raid of my home, Mar-a-Lago, on Monday by the FBI, just two days prior to this deposition, wiped out any uncertainty,” he added, going on to say that in the New York deposition, “under the advice of my counsel and for all of the above reasons, I declined to answer the questions under the rights and privileges afforded to every citizen under the United States Constitution.”

As Trump suggested in his statement, he previously painted those who cited the Fifth as guilty of some crime.

When Trump ran for president in 2016, he questioned why aides to Democratic opponent Hillary Clinton were taking the Fifth in connection with an investigation into the deadly raid on a U.S. consulate in Benghazi, Libya.

Decades ago, during his divorce from Ivana Trump, he also invoked the Fifth, according to one biography.

The amendment, among other provisions, protects people from being made to testify against themselves.

In civil cases, but not in criminal cases, a person who invokes the Fifth may have negative conclusions drawn about that choice — just as Trump had previously said.