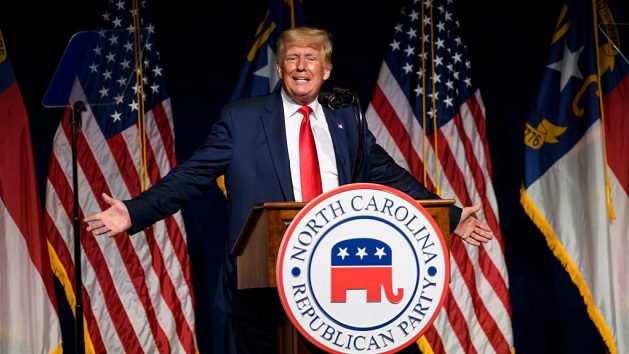 In a meeting Thursday, prosecutors told attorneys representing the Trump Organization that they expected to bring charges related to fringe benefits given to certain employees — ranging from cars and apartments to school tuition — over a period of several years.

“In my more than 50 years of practice, never before have I seen the District Attorney’s Office target a company over employee compensation or fringe benefits,” Ronald Fishchetti, an attorney for the Trump Organization, told ABC News in a statement. “The IRS would not, and has not, brought a case like this. Even the financial institutions responsible for causing the 2008 financial crises, the worst financial crisis since the Great Depression, were not prosecuted.”

Vance’s probe has focused, in part, on the finances of the former president, his family, and his company, and included a battle over obtaining tax returns that twice landed before the U.S. Supreme Court. The investigation stemmed from the testimony of former Trump attorney Michael Cohen, who told Congress the Trump Organization valued its holdings differently when seeking loans versus when talking to tax authorities.

In addition to the company itself, Trump Organization CFO Allen Weisselberg could also be charged, the sources said, if a grand jury is convinced he did not properly account for any benefits he received.

Trump has denied all wrongdoing and has dismissed the investigation as being politically motivated, calling it “a continuation of the greatest Witch Hunt in American history.”

Vance, who is not seeking re-election for another term as DA, is widely expected to make charging decisions in the case before he relinquishes his office to a successor in January.

News of the Trump Organization expecting charges as soon as next week was first reported by the New York Times.