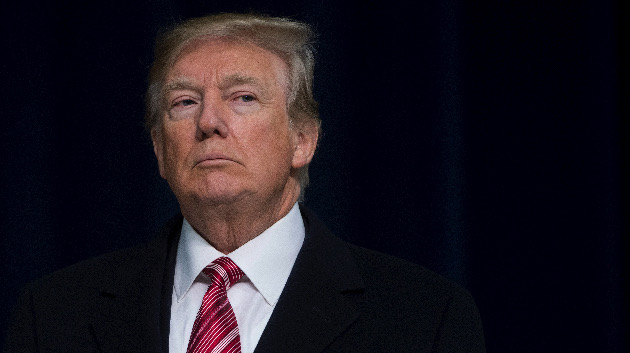 The trial gets underway as Trump lays the groundwork for a possible presidential run and campaigns for candidates running in the midterm elections little more than a week away.

Though Trump himself is not charged and is not expected to testify, his name is expected to be frequently mentioned. He signed certain checks that will be presented as evidence and witnesses will testify about conversations with him.

A jury of eight men and four women agreed to put aside any personal opinions about Trump or his company and consider the evidence presented during a trial in state court that could last into December.

The Trump Organization compensated certain executives with off-the-books perks – rent, utilities and garage expenses at a luxury apartment building, private school tuition, leases for luxury cars – that were never accounted for on taxes, according to the Manhattan District Attorney’s office.

The company has pleaded not guilty.

Allen Weisselberg, the Trump Organization’s longtime former chief financial officer, has pleaded guilty and agreed to testify as part of a deal that includes five months in jail. Prosecutors believe Weisselberg’s guilty plea implicates the company because he was an executive entrusted to act on its behalf.

Weisselberg pleaded guilty to all 15 counts he faced, including conspiracy, criminal tax fraud, grand larceny and falsifying business records. Weisselberg said he skirted taxes on nearly $2 million in income, including fringe benefits like rent, luxury cars and private school tuition for his grandchildren.

The indictment said that, beginning in 2005, Weisselberg used the corporation’s bank account to pay the rent for his apartment, and he and others paid his utility bills using the corporation’s account. The indictment also accused Weisselberg of concealing “indirect compensation” by using payments from the Trump Organization to cover nearly $360,000 in upscale private school payments for his family, and nearly $200,000 in luxury car leases.

“Weisselberg intentionally caused the indirect compensation payments to be omitted from his personal tax returns, despite knowing that those payments represented taxable income and were treated as compensation by the Trump Corporation in internal records,” the indictment said.

A corporate tax fraud case was not what prosecutors were after. When they first filed charges against Weisselberg last summer, prosecutors hoped he would turn on Trump, sources have told ABC News, as part of a larger criminal investigation into the former president’s business practices that remains ongoing.

A corporate defendant cannot serve prison time. A conviction could require the Trump Organization to pay a maximum $10,000 fine on each count and, potentially, the taxes allegedly skirted.

More significant are the potential collateral consequences of a conviction. Certain contracts could go away if a counterparty has rules against doing business with felons; banks could consider calling in loans or exiting altogether their relationship with the Trump Organization.

Trump faces a half-dozen investigations into his business practices, January 6, efforts to overturn the Georgia vote and the removal of documents with classification markings from the White House.