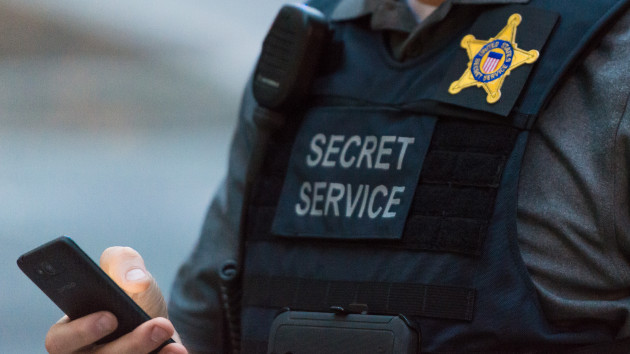 (WASHINGTON) — The Trump Organization on some occasions charged the Secret Service more than five times the government rate to stay at Donald Trump-owned properties while the agency was protecting him and his family, according to documents obtained by Congress.

In total the Secret Service spent at least $1.4 million in tax dollars at Trump Organization hotels and other properties over 669 expenditures between January 2017 and September 2021, House Committee on Oversight and Reform Chair Carolyn Maloney wrote in a Monday letter to Kimberly Cheatle, the director of the Secret Service.

Maloney, D-N.Y., wrote in her letter to Cheatle that the Secret Service had provided only partial accounting of when its agents had stayed at Trump properties and how much the agents paid.

Some of the trips were while agents were accompanying Trump’s children Donald Trump Jr. and Eric Trump and his daughter-in-law, Lara Trump, according to Maloney.

The oversight committee requested documents and details on the agency’s Trump spending in 2020, citing “disturbing” news reports of “exorbitant charges” by the former president’s properties.

Donald Trump did not divest himself of his businesses when he took office, though he said his sons were in charge — an arrangement that has drawn scrutiny and criticism from Democrats and ethics experts ever since.

According to the records the Secret Service has since provided the oversight committee, Maloney wrote Monday, “the Trump Organization charged the Secret Service a nightly rate in excess of the government per diem rate at least 40 times from the beginning of the Trump Administration through September 15, 2021. In several instances, the rates charged were more than three times the per diem rate.”

Maloney wrote that the Secret Service had granted at least 40 exceptions when agents were paying above the accepted rate at Trump properties. But she wrote that there may have been other instances of higher-than-accepted rates for which agents did not seek exemptions.

Maloney noted that the charges contradict previous statements made by Trump Organization officials, such as when Eric Trump, the president’s middle son, said in 2019: “If my father travels, they [government employees] stay at our properties for free — meaning, like, cost for housekeeping.”

The next year, in response to a Washington Post article about how much the Secret Service was being charged by the Trump Organization, Eric Trump said in a statement: “We provide the rooms at cost and could make far more money renting them to members or guests.”

On Monday, Maloney wrote that the records the committee obtained dispute this.

“Despite claims by the Trump Organization that federal employees traveling with the former President would stay at Trump properties ‘for free’ or ‘at cost,’ new information … shows that the former President’s company charged the Secret Service excessive nightly rates on dozens of trips,” she wrote.

The acceptable government rate is based on an average of daily hotel prices based on location and season, Maloney wrote.

In one example from 2017, Maloney wrote, agents were charged $1,185 per room per night at the Trump International Hotel in Washington.

Maloney wrote that there were two gaps in what the Secret Service had provided the committee, however: data on what the agency paid when staying at overseas Trump Organization properties and data on four trips to Mar-a-Lago in Florida.

There are some records of government spending for the Secret Service while Trump was abroad: In July 2018, the State Department spent about $70,000 on behalf of the agency for a stay at Trump’s Scottish hotel.

Separately, the State Department spent at least $38,500 at the Trump hotel in Vancouver, including some $15,000 for rooms for Secret Service agents in February 2017.

In a statement on Monday, Eric Trump, who is executive vice president of the Trump Organization, said that “any services rendered to the United States Secret Service or other government agencies at Trump owned properties, were at their request and were either provided at cost, heavily discounted or for free.”

“The company would have been substantially better off if hospitality services were sold to full-paying guests, however, the company did whatever it took to accommodate the agencies to ensure they were able to do their jobs at the highest levels,” Eric Trump continued. “They are amazing men and women.”

Eric Trump insisted that his father “funded the vast majority of his campaign with hundreds of millions of dollars of his own money and turned away billions of dollars in real estate deals worldwide after winning the Republican Primary.”

In a separate statement, a Secret Service spokesperson said the agency “has received a letter from the House Oversight Committee requesting information pertaining to protection-related hotel charges, and the agency will respond directly to the committee with the requested information.”

The cost of Secret Service for presidential families has made headlines beyond Trump. Earlier this year, ABC News reported that agents had been paying more than $30,000 a month for a residence in Malibu, California, close to where President Joe Biden’s son, Hunter Biden, was staying.