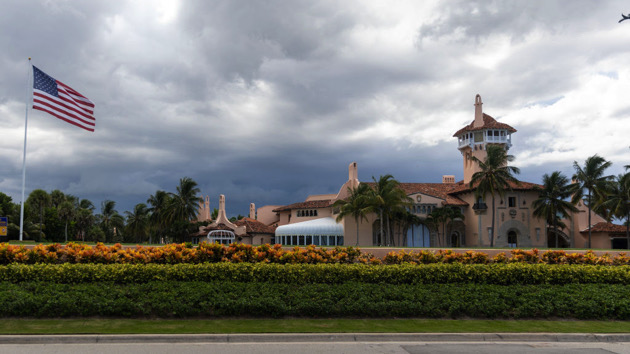 (WASHINGTON) — Former President Donald Trump’s legal team on Monday responded to the Justice Department in the latest round of court filings regarding the review of materials seized at his Mar-a-Lago country club last month.

The government cited the risk of “irreparable harm” to national security and its ongoing criminal investigation if she declined to grant its request for a stay.

Cannon had required law enforcement to disclose those materials to a special master — an independent third-party — for review.

The DOJ said in Thursday’s court papers that if Cannon doesn’t grant a stay by Sept. 15, it will “intend to seek relief from the Eleventh Circuit” — a federal appeals court.

The Trump legal team begins its brief calling the DOJ’s investigation of Trump “both unprecedented and misguided,” calling it “a document storage dispute that has spiraled out of control.”

His lawyers describe Cannon’s order appointing a special master as a “sensible preliminary step towards restoring order from chaos” and urge her to reject the department’s motion for a stay that would prevent the handover of classified records that DOJ says has hampered their criminal investigation and the intelligence community’s national security risk assessment.

Trump’s lawyers argue there’s no evidence any “purported “classified records” were disclosed to anyone,” while describing Trump’s Mar-a-Lago club as a “secure, controlled access compound.”

They again continue to make no assertion that Trump ever declassified any of the documents recovered by the FBI, while instead putting the onus on the Justice Department to prove they “remain classified.”