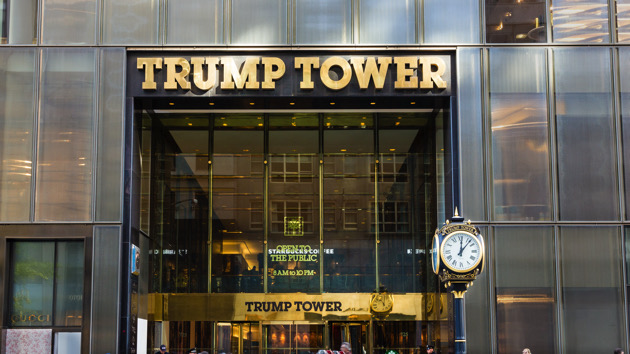 (NEW YORK) — Former President Donald Trump said his head of security “did nothing wrong” during a 2015 protest at Trump Tower at which five Hispanic men allege they were assaulted.

Trump called the protesters “troublemakers” during a deposition last October, according to a transcript made public Wednesday in Bronx Supreme Court, where Trump, his campaign, and his head of security, Keith Schiller, are being sued by Efrain Galicia and other demonstrators who say they were “violently attacked” during a protest over Trump’s anti-immigrant rhetoric.

“He did nothing wrong,” Trump said of Schiller. “He went out — I didn’t know about it — but he went out, he heard there was a disturbance and he went out.”

Video of the altercation showed Schiller smacking a protester in the face after he appeared to reach for a sign that said “Trump: Make America Racist Again.”

“And he went out, he took the sign down. He then walked away. And he was attacked from behind, and they tried to get his gun. I don’t even know if he was carrying a gun. But if he was, they were obviously trying to get it,” Trump said.

Trump denied having any knowledge of the protests in real time, despite attorneys for the demonstrators saying they have evidence to the contrary.

Toward the end of the deposition the questioning turned to a 2016 Trump campaign event in Cedar Rapids, Iowa, during which Trump told the crowd, “If you see someone getting ready to throw a tomato, just knock the crap out of them, would you?”

The plaintiffs’ attorney asked whether Trump meant to incentivize the crowd to engage in violence.

“No,” Trump replied. “I wanted to have people be ready because we were put on alert that they were going to do fruit. And some fruit is a lot worse than — tomatoes are bad, by the way.”

Trump said it would be OK with him for his security to use force to stop someone from throwing fruit.

“To stop somebody from throwing pineapples, tomatoes, bananas, stuff like that — yeah, it’s dangerous stuff,” Trump said, according to the transcript.