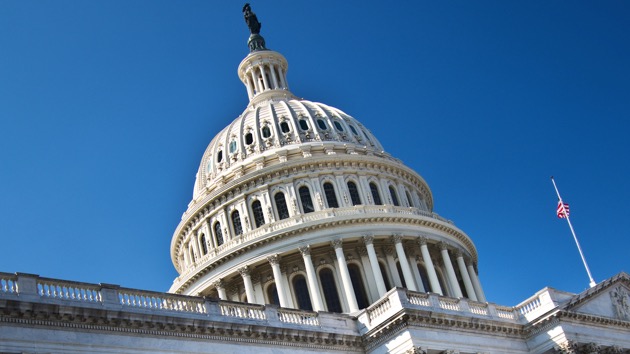 “Unlike the current Georgia Secretary of State, Jody leads out front with integrity,” Trump said in a statement endorsing Hice Monday. “I have 100% confidence in Jody to fight for Free, Fair, and Secure Elections in Georgia, in line with our beloved U.S. Constitution. Jody will stop the Fraud and get honesty into our Elections!”

Hice, who has represented Georgia’s conservative 10th Congressional District since 2015, announced his campaign in a statement Monday, claiming “individuals took advantage” of “cracks” he said Raffensperger created in Georgia’s election system, and that every American “has the right to be outraged by” the secretary’s actions during the 2020 election cycle.

“If elected, I will instill confidence in our election process by upholding the Georgia Constitution, enforcing meaningful reform and aggressively pursuing those who commit voter fraud,” Hice said. “Our state deserves a leader who steers clear of scandals and focuses on the incredibly important duties of the office.”

Hice’s campaign did not respond to ABC News’ inquiry about the congressman’s plan to enforce “meaningful (election) reform” and for more information about what Hice has done at the federal level to address election security.

In a statement provided to ABC News, Raffensperger said, “Few have done more to cynically undermine faith in our election than Jody Hice. We saw in January what Georgia voters will do to candidates who use that rhetoric. His recklessness is matched by his fecklessness as a congressman. Georgia Republicans seeking a candidate who’s accomplished nothing, now have one.”

Raffensperger came under fire from members of his own party for defending the integrity and accuracy of the 2020 presidential election, which Trump lost to President Joe Biden by just 11,779 votes, marking the first time since 1992 that a Democrat won Georgia’s electoral votes.

Despite lacking substantiated evidence, Trump and Republican allies repeatedly claimed that there was widespread fraud in Georgia’s election, which was certified twice for Biden following a hand count and a machine recount of the approximately 5 million votes cast in the race. State investigators also conducted an audit of about 15,000 signatures accompanying absentee ballot oath envelopes in the state’s third-largest county and found no fraudulently cast ballots.

The former president’s efforts to overturn the presidential election in the Peach State escalated in a Jan. 2 phone call with the secretary, with Trump demanding Raffensperger “find” the exact number of votes he needed to win the state, according to a recording of the conversation that ABC News obtained. That call is now the focus of a criminal probe launched by the Fulton County district attorney’s office in February.

In the months following the election, Hice railed against Raffensperger and stood staunchly behind Trump as he contested the election results in multiple battleground states. Following the Jan. 6 insurrection, Hice objected to the electoral votes being counted in Arizona and Pennsylvania. He led the group of House Republicans attempting to object to Georgia’s electoral votes being counted, too, but no senator signed onto that objection and it failed before a vote.

Earlier on Monday, former Alpharetta mayor David Belle Isle posted a video on Twitter announcing his own campaign against the secretary. Belle Isle previously ran for secretary of state in 2018, but Raffensperger defeated him in the GOP primary runoff, securing 62% of the vote compared to Belle Isle’s 38%.

“(Raffensperger) was careless in his decisions throughout the election process, and he skewered the integrity of our mail in ballots system, all the while looking us in the eye and telling us this was the safest most secure election in Georgia’s history,” Belle Isle said in his announcement video.

Based on the initial announcements, Raffensperger’s primary challengers will mount similar campaigns, tapping into Republican voters’ mistrust of the state’s elections and anger following the party’s bruising defeats in the presidential election and subsequent January runoffs, when Democrats Jon Ossoff and Raphael Warnock unseated both GOP incumbent senators.

According to a January poll from the Atlanta Journal-Constitution, while less than four in 10 Georgia voters believe there was widespread voter fraud in the presidential election, among Republican voters alone, 76% believe this.

That sentiment has taken hold in the state legislature, where multiple Republican-sponsored omnibus bills that would overhaul the state’s election system and add new restrictions to voting are under consideration. Democrats and voting rights advocates have blasted these proposals as “voter suppression bills,” and as the legislative session nears its end, have called on major corporations based in Georgia to publicly oppose them.

However, Democrats alone do not have the numbers to stop any of these bills from landing on GOP Gov. Brian Kemp’s desk. Kemp has previously said he supports adding a new identification requirement for absentee by mail voters, which the Republicans’ bills would do, but he has not said whether he backs any of the specific bills being debated in the General Assembly. A Kemp spokesperson did not respond to ABC News’ inquiry last week about the governor’s stance on these bills.