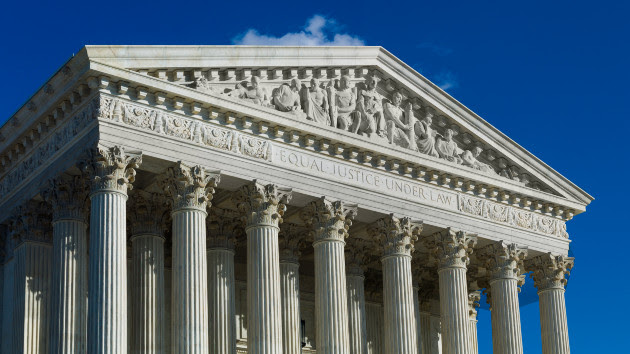 (WASHINGTON) — The U.S. Supreme Court on Tuesday will hear the appeal of a 33-year-old transgender woman from Guatemala who is seeking asylum in a case her attorney calls life or death.

Estrella Santos Zacarias, whose claims of gender violence and discrimination were rejected by American immigration officials was deported to Mexico in 2019 where she has faced ongoing health and safety challenges, according to a sworn affidavit from her reviewed by ABC News.

Most recently, she was beaten at a bus stop by three people and, months prior, she was bludgeoned unconscious at her workplace, her affidavit states.

“A transgender woman who was deported by the US to Honduras earlier this year was murdered in the capital city of Tegucigalpa,” Santos Zacarias’ attorney Sunny Shah wrote in a letter to officials at U.S. Citizenship and Immigration Services (USCIS) seeking immediate humanitarian parole while her case is pending other appeals. “This is the harsh reality that Estrella will likely face if she is denied this request for parole.”

Her legal team is seeking federal court review of an immigration judge’s ruling that she had not demonstrated adequate evidence of likely future persecution and therefore didn’t qualify for asylum.

The Biden administration argues in court documents that federal judges shouldn’t get involved in the case, primarily because Santos Zacarias failed to exhaust other administrative appeals available to her at the time.

Immigration authorities also say they should generally have broad discretion over their decisions, free from the possibility of unnecessary judicial interference.

While Santos Zacarias’ case hinges on technical arguments over jurisdiction and immigration procedure, its outcome could have significant implications for thousands of asylum-seekers hoping to challenge removal orders in court, immigrant advocates say.

More than 283,000 migrants applied for asylum to enter the U.S. between 2018 and 2020, according to the most recent data available from the Department of Homeland Security. Roughly 11% of them — or 31,429 people — were granted asylum during the same period.

A 2021 study by the Williams Institute at the UCLA School of Law found an estimated 30,900 LGBTQ people applied for asylum in the United States between 2012 and 2017, with nearly 4,000 seeking asylum due to fear of persecution on the basis of their sexual orientation or gender identity. Most were natives of El Salvador, Guatemala and Honduras.

Upholding a requirement that applicants like Santos Zacarias file an additional appeal for reconsideration — within the immigration system — when their claims are rejected would further strain an apparatus already backlogged and overwhelmed, a group of legal services advisers told the high court.

For Santos Zacarias, a Supreme Court decision in her favor could mean another shot at asylum and escaping what her attorney calls “imminent danger.”

She has said, according to immigration records, that she first fled Guatemala for the U.S. as a teenager after suffering multiple sexual assaults, death threats, harassment and discrimination because of her gender identity.

“I am constantly living in fear wondering who will try to attack me next,” she wrote in the signed affidavit to USCIS dated Nov. 1, 2022. “This has weighed heavy on me … I desperately need your permission to return to the U.S. where I can live safely while my case is processing.”

A Supreme Court ruling is expected in the spring.