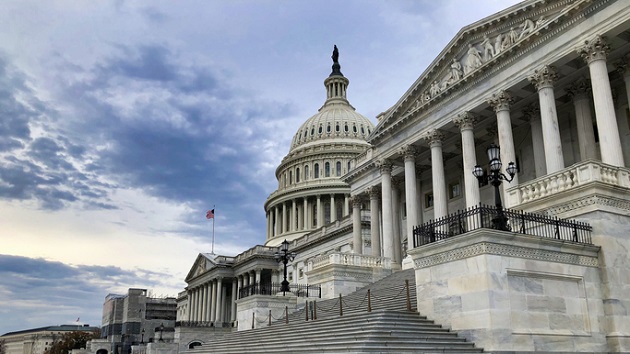 (WASHINGTON) — Two senior members of the Jan. 6 select committee have introduced a bipartisan bill to reform the counting of presidential electoral votes to prevent another riot at the Capitol over disputed results.

“Our proposal is intended to preserve the rule of law for all future presidential elections by ensuring that self-interested politicians cannot steal from the people the guarantee that our government derives its power from the consent of the governed,” Cheney and Lofgren wrote in a joint Wall Street Journal column last week.

The full House could vote on the proposal as early as Wednesday.

It would reaffirm the vice president’s ceremonial role over the count, after then-Vice President Mike Pence was pressured by Trump and his allies to overturn the 2020 presidential election results, according to the legislative text and summary of the proposal obtained by ABC News.

The bill would make it more difficult for lawmakers to raise objections to electors from each state, by requiring at least one-third of the members from each chamber to support an objection, rather than one House member and a single senator.

It would also clarify ambiguities in the Electoral College process by requiring governors to transmit state results to Congress and prohibit election officials from refusing to certify their state’s election results. In either case, the law would allow a presidential candidate to go to court to force compliance with the law.

The proposal would also prevent state legislators from undoing the election results in their states – and require that elections are carried out under the state rules on the books on Election Day.

“The Constitution assigns an important duty to state legislatures, to determine the manner in which the states appoint their electors. But this shouldn’t be misread to allow state legislators to change the election rules retroactively to alter the outcome,” Cheney and Lofgren wrote in the Wall Street Journal.

In July, a bipartisan group of senators including Sens. Joe Manchin, D-W.Va, and Susan Collins, R-Maine, proposed their own reforms to the Electoral Count Act.

While their proposal also affirms the vice president’s limited role in proceedings, it sets a different threshold requirement for electoral challenges, among other differences.