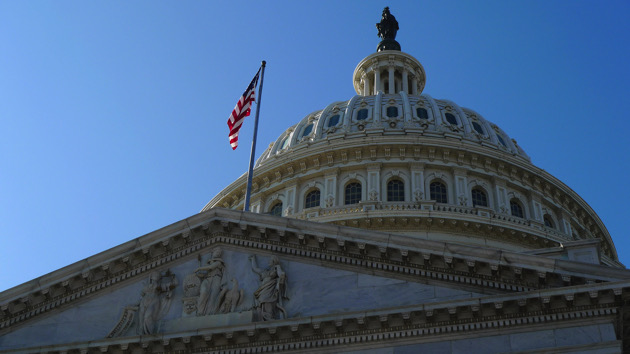 (WASHINGTON) — As Republicans gear up to retake power in the House next year, incoming chairs of the two top investigative committees in the House of Representatives have rolled out a laundry list of planned investigations – but top Republican investigators appear to have little appetite to use their newfound subpoena power in one area: Jan. 6.

Despite pressure from far-right figures, and even signals from leadership and members inside the Republican caucus, incoming chairs of the House Oversight Committee and the House Judiciary Committee told ABC News they are more focused on probes into COVID-19 funding, the border, and President Joe Biden’s family rather than relitigating the Jan. 6 attack on the U.S. Capitol or investigating the investigators.

“Right now that’s not anywhere on my list,” Rep. James Comer, R-Ky., the incoming chair of the House Committee on Oversight and Reform, told ABC News when asked if he planned to use his power in the upcoming Congress to investigate Jan 6.

Comer’s comments come as some members of the Republican conference continue to call for an investigation of Democrats and the Capitol attack following the more than a year-long House Jan. 6 committee probe that’s set to release its final report on Wednesday.

Rep. Marjorie Taylor Greene, D-Ga., who sources have said will likely have a seat on Comer’s Oversight committee in the new year, recently called for investigations into House Speaker Nancy Pelosi and others and said she expects Republicans to launch probes related to Jan. 6.

“I do believe that’s going to happen,” Greene told former White House adviser and Trump ally Steve Bannon on his internet show when he asked if House Republicans would hold hearings probing into Jan. 6. Greene added she didn’t believe Republicans would do “everything” that Trump allies like Bannon have been calling for, including releasing all the security footage from that day.

House Minority Leader Kevin McCarthy has signaled Republicans planned to investigate the Jan. 6 panel’s work, sending a letter to the House select committee investigating the attack to preserve all its documents.

“Although your Committee’s public hearings did not focus on why the Capitol complex was not secure on January 6, 2021, the Republican majority in the 118 Congress will hold hearings that do so,” McCarthy, R-Calif., wrote in a letter to Chairman Bennie Thompson, D-Miss.

McCarthy has also released a roadmap for the investigations Republicans will pursue, including the border crisis, “big tech,” China, and COVID origins. There was no direct mention of Jan. 6 or the committee, but the more than 2,000-word press release made one reference to probing “security failures and ongoing vulnerabilities in the U.S. Capitol.”

At a news conference last week McCarthy said Republicans do plan to look into the committee’s work, but did not elaborate on what that would look like.

It’s possible the Committee on House Administration could probe matters related to Jan. 6. The committee’s current Ranking Member, Rep. Rodney Davis, R-Ill., has said security issues must be addressed and sent a letter to the Jan. 6 committee right before their first public hearing asking they preserve all records so that Republicans can investigate their work.

But according to Comer, Republican leadership has no interest in relitigating the insurrection.

“No one from leadership has said anything about that to me,” Comer told ABC News when asked about Greene’s comment calling for Jan. 6 probes. “We’ve got a pretty lengthy list of investigations and probes and that’s not on the list.”

The incoming chairman of the House Judiciary Committee, Rep. Jim Jordan, R-Ohio, said his committee plans to focus “on the politics of DOJ” and that a probe into Jan. 6 could fall into that. But when asked if that would be a part of the committee’s main priorities, Jordan said it wasn’t a “specific” target.

In the weeks since Republicans captured the House, Comer and Jordan have been busy putting their investigative targets on notice. The pair held a news conference the day after Republicans clinched the House laying out their probes into President Biden’s family, including his son Hunter.

Jordan and Republicans on House Judiciary have signaled how they will ramp up investigations in the majority, issuing letters to White House chief of staff Ron Klain, and multiple top agencies informing them to “anticipate requiring testimony, either in hearings or transcribed interviews” when they regain power in the new Congress.

Comer told ABC News to expect the first two Oversight Committee hearings in the new year to be on the border and COVID-19 funding and fraud.

“We’re gonna bring people in for interviews. We’ve been sending letters out, some of them we’ve made public, and some of them we haven’t. So we expect to start doing transcribed interviews early on,” Comer said.