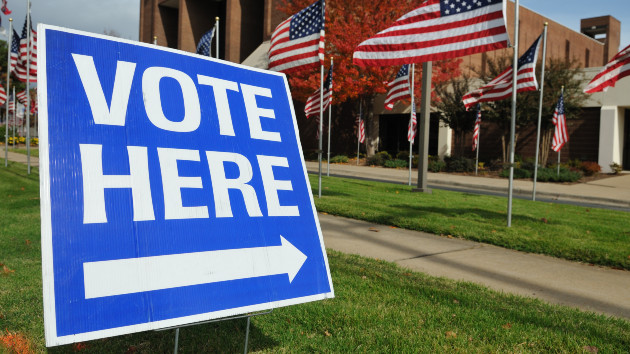 (NEW YORK) — Consequential primary races in five states, including some battlegrounds, helped shed light Tuesday night on what the rest of the midterms might look like.

For Republicans, former President Donald Trump’s star-making power and election conspiracies thrived on the ticket in swing state Pennsylvania, but one controversial North Carolina-based member of Congress heavy in MAGA-orbit fell to scandal. And on the left, progressives locked horns with establishment Democrats in North Carolina, Oregon and Pennsylvania while the strength of President Joe Biden’s introductory midterm race endorsement bore out in Oregon.

Here are three major takeaways from the primaries in Kentucky, North Carolina, Pennsylvania, Oregon and Idaho:

Election integrity on the ballot

Trump notched a significant win in the Republican primary for the Pennsylvania governor’s race with the success of state Sen. Doug Mastriano, a conservative grassroots candidate who attended the “Stop the Steal” rally in Washington on Jan 6. The Republican candidate for governor has been subpoenaed by the Jan. 6 committee and posits a full-throated endorsement of the debunked conspiracy theory that the 2020 general election was tampered with and stolen from Trump.

His win is a direct challenge to a less extreme wing of the Republican Party (remember, Biden won the state by about 2% in 2020), some of whom backed Rep. Lou Barletta. For what it’s worth, Barletta was backed by Trump in his losing Senate race in 2018.

Another key race in Pennsylvania full of loaded election integrity rhetoric was the GOP primary for Senate, a true-nail biter that has Trump-endorsed celebrity Dr. Mehmet Oz in a dead heat with former Bridgewater executive David McCormick. The race edged into too-close-to-call territory around midnight Tuesday, and tight margins could leave Pennsylvanians waiting. No matter who wins, a candidate who at least pushes some sort of election integrity policy — promoting election skepticism without outright embracing the “big lie” — will represent Republicans on the ballot come November.

Cawthorn, a freshman lawmaker, quickly made enemies — sparring with House Minority Leader Kevin McCarthy, carrying a loaded firearm into an airport and calling Ukrainian President Vlodomymyr Zeleksnyy a “thug,” among other incitements.

In the waning days of the primary race, many began to cast doubts on Cawthorn’s staying power. Several attempts from Trump to save Cawthorn — even at the 11th hour on Truth Social — clearly failed.

Earlier, before the concession, Cawthorn’s communication director said his team was “not listening to the beltway media.” Now, they don’t have to.

And while Trump may still be a kingmaker for some, his endorsement doesn’t equate to a sure path to victory either.

Progressives failed to capture North Carolina’s 4th Congressional District with the loss of incumbent Nida Allam, a 28-year-old county official who boasted support from progressive Sens. Elizabeth Warren and Bernie Sanders. Allam was overtaken by Valerie Foushee, a Black state lawmaker with largely establishment backing. Foushee benefited from millions of dollars in support from outside groups that spent big to sink Allam — a trend slammed by Sanders on Monday.

Clay Aiken, who some may remember as the runner-up in Season 2 of American Idol, was also singing a sad tune Tuesday night, having lost the chance to represent Democrats on the national stage.

A win for the center is also a proxy win for Biden. Worrisome approval ratings for the White House and mass conflict abroad spell an uphill battle and then some for Democrats — though Foushee’s playbook (and embrace of those lucrative contributors) may offer a helpful playbook to victory.