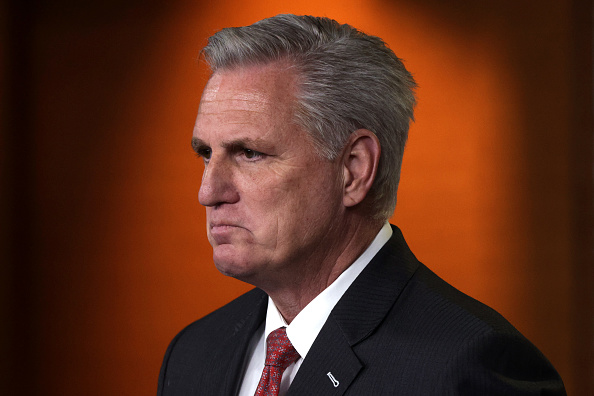 (WASHINGTON) — As the House barrels toward a historic fourth day of speaker deliberations, Republicans and Democrats are warning that the paralysis in the chamber is impacting their work on Capitol Hill — and the interests of some constituents.

Because the House is required to select a speaker before swearing in members-elect, the House is in a state of suspended animation until Republicans can settle on a leader.

Without a speaker and sworn-in members, the chamber can’t take up and pass legislation or set up committees. Some lawmakers are warning that they have lost their access to classified briefings until they can take their oaths of office.

“We’ve seen what happens over the last two years when deterrence fails, when weakness invites aggression,” Rep. Mike Gallagher, R-Wis., told reporters on Wednesday. “It’s up to this Congress to restore deterrence, to restore peace through strength. But we aren’t able to do that vital work until we actually get past the speaker vote, populate our committees and start getting to work.”

“This is a great institution. And really, I wish they voted [to] elect the speaker on the first vote because we have important work to do. And this undermines that,” she said.

Top lawmakers have said that they won’t have security clearance until they are sworn in. That means they can’t take classified briefings with military, intelligence and senior administration officials on a whole range of sensitive issues — one of their main oversight responsibilities.

“The Biden administration is going unchecked and there is no oversight of the White House, State Department, Department of Defense, or the intelligence community. We cannot let personal politics place the safety and security of the United States at risk,” Republican Reps. Mike Turner, Mike McCaul and Mike Rogers said in a joint statement.

Those three lawmakers will lead the influential House Intelligence, Foreign Affairs, and Armed Services committees in the new Congress.

Rep. Andy Barr, R-Ky., who sits on the House Foreign Affairs Committee, said a speaker needs to be chosen for “national security reasons.”

“In fact, much of the national security work that we need to be doing is interrupted right now because we don’t have a speaker of the House because we’re not routinely getting those briefings,” Barr told ABC News’ Linsey Davis.

State Department spokesperson Ned Price, when asked Thursday about the implications of the drawn-out battle for the speaker’s gavel, told reporters: “This is obviously something that we’re watching. The U.S. Congress has indispensable functions when it comes to foreign policy.”

Congressional offices routinely help hundreds — if not thousands — of constituents every year with interactions with the federal government. From helping Americans renew passports to applying for federal benefits and updating tax information, this casework makes up a large chunk of the work on Capitol Hill and in offices across the country.

But because members of Congress have not been sworn in, many offices and members are claiming that they have run into issues interfacing with the federal government.

“My office was informed by an agency today that they cannot communicate with my staff regarding active casework because we are not yet sworn in!” Rep. Don Bacon, R-Neb., tweeted on Thursday. “The handful holding up the speaker election is not helping Americans but directly hurting them.”

Democratic offices were instructed on Thursday not to accept new casework from constituents, only to have that guidance updated and reversed later in the day.

Politico has reported that the Internal Revenue Service told one Republican office that they couldn’t help them until members are sworn in.

There is widespread concern on Capitol Hill that some staffers will not get paid later this month without members being sworn in.

This is a worry particularly on committees, where budgets are allocated based on the number of members on the panel, and in some new member offices, where many staffers have not been onboarded and can’t yet access their work email, phones or computers.

The New York Times reported that there is “no authority” to process payroll for committee staff without the chamber approving a rules package, another step that follows the selection of a speaker.