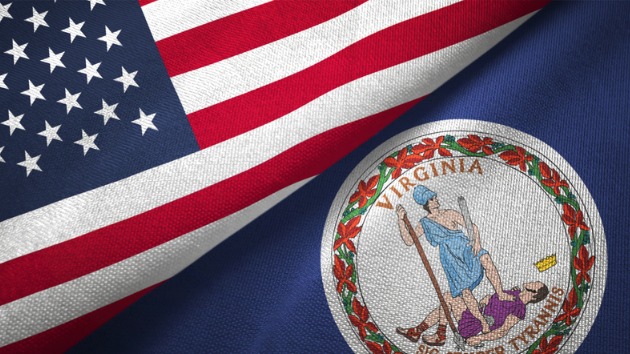 (RICHMOND, Va.) — Virginia voters had a choice: They could continue the commonwealth’s more than a decade-long streak of backing Democratic candidates at the statewide level, or they could reestablish Virginia as a battleground where Republicans can not only compete — but win.

Tuesday’s election determines three statewide officeholders and which party controls the state legislature’s lower chamber. The stakes, as defined by the candidates at the top of the ticket, extend far beyond one state.

“The eyes of the nation are on us. Why? … We all know that as Virginia goes, so goes the nation,” Glenn Youngkin, the Republican nominee for governor, said at a rally over the weekend. “We are going to send a shockwave across this country, and there’s not going to be a Democrat in any seat anywhere in this nation who’s going to think that his or her seat is safe.”

The gubernatorial race was the marquee race of the year. It was the first competitive contest since Joe Biden replaced Donald Trump in the Oval Office, and both men loom large over the race.

Months ago, it looked like Terry McAuliffe, the Democratic nominee who first served as Virginia’s governor between 2014 and 2018, was on his way to a comfortable win in a state that trended blue under Trump’s presidency and delivered Biden a win by a 10-point margin. But going into Election Day, the matchup is a dead heat.

McAuliffe, who has pledged to build on Democrats’ progress over the last eight years, told ABC News’ Jonathan Karl in October that he hopes his race will “set the tone” for the Democratic Party heading into the midterms when its members have to defend their slim majorities in the House and Senate.

Rather than trying to divorce its fate from the off-year election, the national party has gone all in for the Democratic ticket, investing a record $5 million and sending top surrogates to campaign with McAuliffe. Those surrogates, which include President Joe Biden and first lady Jill Biden, Vice President Kamala Harris and former President Barack Obama, have made it clear: Virginia is a political bellwether.

“What happens in Virginia will, in large part, determine what happens in 2022, 2024 and on,” Harris said, stumping for McAuliffe on Friday. “Don’t let Virginia be an experiment.”

Youngkin, a former private equity executive who ran as a political outsider, opted for a different strategy, mocking his opponent for bringing in “fellow career politicians” as he mostly campaigned alone.

Mark Rozell, the dean of the Schar School of Policy and Government at George Mason University, said McAuliffe’s strategy is indicative of the enthusiasm gap polls have consistently shown exists between Republican and Democratic voters.

“The McAuliffe campaign is bringing in all these big-name national figures to try to drive up the Democratic turnout,” Rozell said in an interview. “(They’re) worried that the Democratic base is asleep right now.”

“Terry was an energetic and effective governor for four years. He left office popular. I think it’s still his race to lose,” Deeds said. “It’s just about our turning people out. The votes are out there. If they get them out, he’ll win, but it’s on all of us to make sure that it happens.”

Former Del. Jennifer Carroll Foy lost to McAuliffe in the June Democratic primary, but she’s since rallied around McAuliffe’s campaign and through her political action committee, Virginia For Everyone, has contributed to the Democrats’ voter engagement efforts.

“Running for office, it’s all about the ground game,” she said in an interview. “We are mobilizing a multiracial, multigenerational coalition of supporters and voters. … We all are committed to making sure that we get the Democratic ticket statewide and down ballot races elected because failure is not an option.”

Youngkin, however, was banking on Democratic failure.

His campaign’s momentum can be traced back to the final debate in September when McAuliffe said, “I don’t think parents should be telling schools what they should teach.” Youngkin pounced, launching a “Parents Matter” mobilization effort and centering his closing message around this issue by defining himself as an advocate for parents and McAuliffe as someone who isn’t.

Sarah Isgur, a GOP strategist and ABC News contributor, said the schools issue is an enthusiasm driver for voters, and even if Youngkin doesn’t win, Republicans have already learned it’s an effective message going into the midterms.

McAuliffe has pushed back on Youngkin’s narrative of him on this issue, accusing his opponent of using education “to divide Virginia” and using students as “political pawns.”

Painting Youngkin as a divisive and extreme candidate has been central to McAuliffe’s attacks against Youngkin. He’s done that by linking the GOP nominee to Trump, who’s deeply unpopular in Virginia, and warning he will bring Trump’s policies to the commonwealth.

The tactic forced Youngkin to perform a delicate dance of embracing Trump enough so as not to alienate the former president’s base, but not so much that he turned off moderates and independents. Trump endorsed Youngkin after he secured the nomination, but he never appeared with the nominee on the trail. While Youngkin campaigned heavily on “election integrity” — an issue inextricably tied to Trump — during the primary, he’s since pivoted to other issues with appeal beyond the base.

“Unfortunately for McAuliffe, I suppose, Donald Trump is a somewhat diminished figure. … he isn’t the threat that he was the previous four years in which Democratic turnout in Virginia was off the charts,” Rozell said.

Rozell said Youngkin has also benefited from an amenable Trump base: “They’re not pushing him to go all in 100%, 100% of the time on their issues.”

Trump’s willingness to mostly sit this race out, has “unquestionably allowed Youngkin to consolidate the Republican vote and focus on the independents — something that a lot of other Republicans haven’t had the luxury to do,” Isgur said.

If McAuliffe’s strategy of tying Youngkin to Trump fails, she added, the silver lining for Democrats is that they have the opportunity to rethink messaging ahead of the midterms.

Young women are angry about abortion rights, but will they tip the midterm elections?