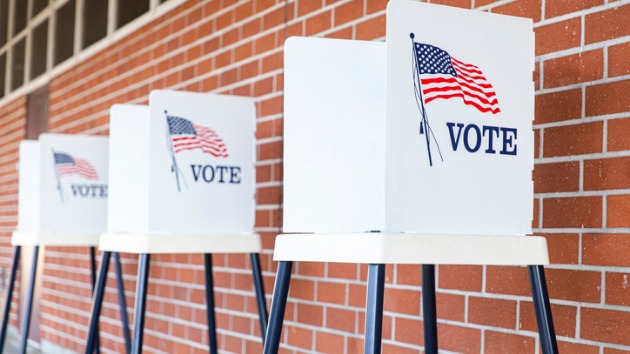 (WASHINGTON) — Nearly two dozen candidates will face off Saturday in the race to succeed the late Republican Rep. Ron Wright of Texas, who died in February after suffering from COVID-19 and complications from cancer.

The contest presents the first competitive election of the Biden political era, but the stakes of the race remain vastly different for candidates across party lines.

For Democrats, the race for the state’s 6th Congressional District, which includes diversifying portions of the Dallas-Forth Worth suburbs, will test just how tossup-friendly the Republican-leaning area has become since Biden’s win in November and since the subsequent fallout over the Capitol Hill riot in January.

In November, Trump won the district by just 3 percentage points after winning by 12 points in 2016. Jana Lynne Sanchez, the leading Democrat in the race, says the narrowed margin is a promising sign for the shift she’s seen across the district.

“I think it’s really a chance to say let’s move the country forward, let’s import President Biden’s agenda — this is a referendum on his agenda because we will win because people in this district support his agenda,” Sanchez, who previously ran against Wright in 2018, told ABC News.

As Democrats hope to seize the moment to mobilize their base, the Republican candidates continue to grapple with the national political narrative of whether former President Trump’s influence offers a meaningful springboard to victory.

Trump stayed out of the race until the week leading up to the election. But in a statement issued Monday, Trump threw his “Complete and Total Endorsement” behind Wright’s widow, Susan Wright, and linked her candidacy to that of her late husband.

The former president further reiterated his support during a phone interview Thursday on Fox News. That same day he participated in a tele-town hall hosted by the conservative anti-tax group, Club for Growth, to back Wright.

“I’m looking at the right people to endorse and I think that when, when I endorse people, it means a lot,” he added.

By endorsing Wright in the last days of the campaign cycle, Trump bypassed two former members of his own administration who are also in the running — Brian Harrison of the Health and Human Services Department and Sery Kim, who worked at the Small Business Administration.

Harrison’s campaign slogan, “Always America First,” is a hat tip to the Trump policy platform and his campaign ads are peppered with images of him participating in Trump-era Oval Office meetings.

Kim touts her role in the Trump administration as a woman of color, and she recently filed a lawsuit against the Texas Tribune after the news outlet called her comments about not wanting more Chinese nationals coming to the U.S. “racist.”

Republicans without direct ties to the former president also found themselves weaving his political capital into their brands in hopes of standing out.

Texas state Rep. Mike Ellzey — a top fundraiser among Republican candidates — was recently put on defense over a $250 donation from Trump critic Bill Kristol in 2018, when he first ran against the late congressman he’s now aiming to replace. Ellzey leaned on the high-profile Texan brand of former Gov. Rick Perry, who also served as energy secretary in the Trump administration, to affirm his backing of Trump.

But not every Republican is jockeying for Trump’s support. Michael Wood, the only openly anti-Trump GOP candidate in the running, told ABC News that despite having voted for Trump in November, the aftermath of the election made him reevaluate Trump’s position as a leading Republican voice.

“Everything he’s done since Election Day, including January 6, really shook me to the core, and I felt like, because of that, he’s forfeited his right to lead my party ever again, and it’s time for Republicans start saying that before we become a permanent minority party,” Wood said in an interview.

Elections in the Lone Star State require candidates to win a majority of the vote in order to cinch an outright victory. If no candidate wins more than 50% of the votes cast, then the top two vote-getters advance to a runoff election. The candidates are not bound by party rivalry to advance to a runoff, and the outcome of Saturday’s special election could lead to either an intraparty contest or a competition between a Democrat and a Republican. But the sheer number of candidates in the race effectively guarantees a runoff of some kind.

Jim Henson, director of the Texas Politics Project at the University of Texas at Austin, told ABC News he doesn’t size up the race as a contest between “the ‘Trump candidates’ versus the ‘non-Trump candidates"” but rather as a gauge for a middle ground “settling point” for voters.

Still, Henson predicts a definitive outcome once the race concludes.

“The least likely outcome is that this district, somehow, when the smoke settles and there’s a runoff, that this becomes a Democratic district,” he said.