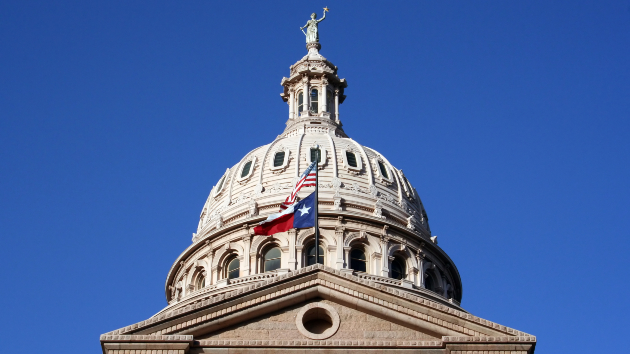 (WASHINGTON) — As Texas House Democrats close the first week of their quorum break in Washington, D.C., to stall Republican-backed voting bills, their colleagues across the aisle are escalating efforts to compel them to return to the Lone Star State.

On Thursday, Texas House Speaker Dade Phelan announced he would charter a plane on Saturday to fly the absent Democrats from the nation’s capital back to Austin.

“I am demanding all of our colleagues in D.C. to contact my staff immediately in order to secure their seat on the plane and return to Austin in order to do the state’s business. The State of Texas is waiting,” Phelan said in a statement.

In response, the Texas Democrats said they have no intention of taking up Phelan on the request.

“The Speaker should save his money. We won’t be needing a plane anytime soon, as our work to save democracy from the Trump Republicans is just getting started,” they said in a joint statement, adding, “We’re not going anywhere and suggest instead the speaker end this charade of a session, which is nothing more than a month long campaign commercial for Gov. Abbott’s re-election. The speaker should adjourn the House Sine Die.”

Beyond making the open request, the Texas House Speaker cannot further compel the Democrats to return to Texas. The state’s law enforcement officials similarly do not have jurisdiction across state lines to force the lawmakers back.

A group of Democrats left Texas on Monday to break quorum and wait out the end of their ongoing special legislative session in an effort to block the advancement of dual Republican-backed bills that would revise the state’s voting and election laws. Voting rights advocates say, if enacted, those bills would make it harder for Texans to have ballot access. By breaking quorum, the legislators also stalled the advancement of a slate of other bills the state’s Republican Gov. Greg Abbott deemed as priorities for the legislature, of which his party holds as a majority.

While it remains unclear what comes next for the Democrats in the nation’s capital, Abbott says the end of the current special legislative session will not wipe the slate clean of his priority items.

“Whenever the current special session ends, I will immediately call another special session, and I will continue calling additional special sessions so we can address issues,” Abbott said in an interview with CBS Dallas-Ft. Worth on Thursday.

In an attempt to terminate the possibility of another round of walkouts, Texas Lt. Gov. Dan Patrick, who heads the Texas Senate, wrote to Abbott on Thursday asking him to add an item to the next session that would change quorum rules to be based on a simple majority attendance.

“Texans expect their legislature to work and not be held hostage by a few legislators who are exploiting the quorum requirement. The majority of other state legislatures require a simple majority plus one,” Patrick wrote in the letter.

The current rules stipulate that two-thirds of elected members in each chamber must be present to conduct business. Abbott has not yet indicated if he plans to make the addition.