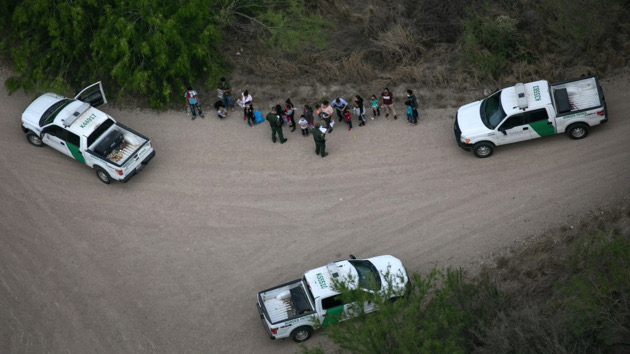 The operation, a Texas Department of Public Safety program, targets migrants coming across the U.S.-Mexico border. It was rolled out by Texas Gov. Greg Abbott in March 2021 to curb migrant traffic into the state.

The DOJ is seeking information to determine whether Texas DPS is in compliance with Title VI of the Civil Rights Act of 1964.

“The Department is seeking this information after receiving information indicating that DPS may be discriminating on the basis of race and/or national origin in its activities related to Operation Lone Star by targeting certain individuals for arrests for misdemeanor trespass violations and traffic stops based on their perceived or actual race or national origin,” reads the letter dated May 16 and sent by the Justice Department’s Federal Coordination and Compliance Section Chief Christine Stoneman.

A Texas DPS spokesperson said the department is complying with all federal civil rights inquiries. Texas DPS is a recipient of both DOJ and Department of Homeland Security funding, per the letter.

The news of the DOJ probe comes a week after 53 migrants, who were being smuggled across the U.S.-Mexico border, were found dead in a sweltering tractor-trailer in San Antonio.

Through Operation Lone Star, Abbott has deployed around 10,000 DPS officers and soldiers from the Texas National Guard to the border to assist with the arrest of migrants.

Immigration lawyers and rights groups have sounded the alarm over the program, which they say has ramped up arrests of migrants on allegedly spurious trespassing charges. Many arrestees have been detained for weeks at a time. Some have not been given adequate resources to obtain legal representation.

In interviews with ABC News, current and former national guardsmen also spoke out about low morale and even several suicides among the troops deployed at the border, citing issues with payment, unstable housing conditions and a lack of proper training. One national guardsman assigned to the operation died while trying to save drowning migrants.

In response to the DOJ probe, Abbott’s press secretary, Renae Eze, slammed President Biden’s “open border policies” and accused the administration of “attacking the only state taking unprecedented actions to do the federal government’s job.”

“It’s time for President Biden to fulfill his oath of office and secure our southern border,” she said in a statement.

Texas has allocated more than $4 billion of Texas taxpayer money for border security, including building the state’s own border wall and erecting other “strategic barriers,” according to Eze.

She added that the program has resulted in more than 274,000 migrant apprehensions, more than 16,900 criminal arrests, including smugglers and human traffickers, more than 22,000 turn backs and the seizure of millions of lethal fentanyl doses.

A Justice Department spokesperson did not return ABC News’ request for comment.

The Texas Tribune and ProPublica were the first to report news about the investigation based on emails the outlets obtained. ABC News has not obtained those emails.