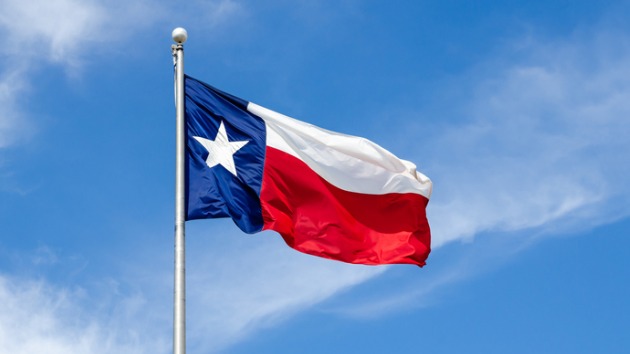 (AUSTIN, Texas) — Texas Gov. Greg Abbott has signed a bill that bans abortion as early as six weeks into pregnancy, in what abortion rights advocates have called one of the most extreme abortion bans in the country.

“Our creator endowed us with the right to life, and yet, millions of children lose their right to life every year because of abortion,” Abbott said before signing the bill Wednesday. “In Texas, we work to save those lives.”

Texas’ law bans abortion once the rhythmic contracting of fetal cardiac tissue — aka the “fetal heartbeat” — can be detected. That’s usually around six weeks, before some women may even know they’re pregnant. There is an exception for abortions in cases of medical emergencies.

The so-called “heartbeat ban” would also allow anyone to file a lawsuit against health care providers or others who help a patient obtain an abortion after a fetal heartbeat is detected, such as financially or by driving them to an appointment.

The bill is set to go into effect on Sept. 1, though it will likely be challenged in court and blocked before then. Pre-viability bans on elective abortions — usually before 24 weeks — are currently unconstitutional under Roe v. Wade.

Eight other U.S. states have enacted similar six-week bans, and all have been blocked by courts, according to the Center for Reproductive Rights, which claimed Texas’ law intends to “harass, frighten, or bankrupt people who seek care and those who provide it.”

Texas’ law brings the number of abortion restrictions enacted this year to 70 in 15 states, including 10 bans, according to the Guttmacher Institute, a reproductive rights research group. It is the 25th abortion restriction enacted by Texas in the past decade, according to the group, which called this latest ban “uniquely cruel” for its provision allowing lawsuits against those involved in providing an abortion.

“By allowing anyone, anywhere to sue people involved in providing or obtaining an abortion, this ban would open the floodgates for lawsuits, bury clinics under frivolous court cases and legal fees, and make it difficult for providers to remain open,” Elizabeth Nash, the principal policy associate of state issues for the Guttmacher Institute, said in a statement. “This ban in Texas is clearly about controlling pregnant people’s bodies and preventing them from making decisions about their lives and futures.”

The bill’s signing was applauded by pro-life organizations, including Texas Right to Life, which called the measure “a vital step in the road to abolishing all abortions in Texas.”

According to a University of Texas/Texas Tribune Poll conducted in February, the number of respondents who said the laws on abortion should be less strict rose to 37% from 32% two years ago.

When abortions weren’t initially considered immediately medically necessary at the start of COVID-19 restrictions last year, Moayedi said she saw patients having to wait up to two months to get an abortion, while others went out of state for the procedure.

“You don’t stop abortions in the state, you stop abortions for only a certain group of people,” she said. “There was a huge contrast between who had the resources financially, time-wise, job-wise, childcare-wise and, quite frankly, immigration status-wise to leave the state, and who could not.”

Moayedi said she is hopeful the ban is merely a “publicity stunt photo opportunity.”

The bill’s signing comes two days after the U.S. Supreme Court announced it will take up Mississippi’s appeal of lower court decisions striking down a state ban on all abortions after 15 weeks. The abortion rights case, which will be heard next term, is seen as a major challenge to Roe v. Wade and the first direct test on the issue for the court’s new conservative majority.

In a nationwide Pew survey conducted last month, 59% said abortion should be legal in all or most cases.