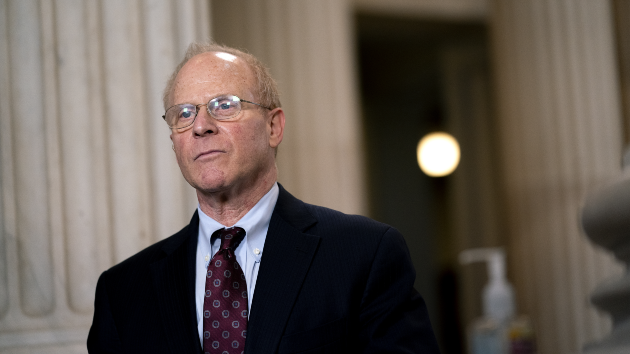 (WASHINGTON) — Just hours before Donald Trump’s attorneys are to launch their defense of the former president in his Senate impeachment trial, sources tell ABC News that there is growing tension within the legal team.

Sources with direct knowledge of the situation tell ABC News that Trump wants attorney Bruce Castor to have a reduced role in the presentation in favor of co-counsel David Schoen, which they say is leading to some infighting. Multiple sources close to Trump say they are hoping that Schoen takes control and wraps up the defense’s presentation on Friday.

However, in an appearance on Newsmax Friday morning, Trump senior adviser Jason Miller said that Friday would be “redemption day” for Castor and that his arguments were going to be crisper and tighter.

Earlier Friday morning, sources say a frustrated Trump even went so far as to toss out ideas for other attorneys who could join his defense team at the 11th hour, although they agreed that is unlikely.

Neither Castor, Schoen or representatives of the former president immediately responded to inquiries from ABC News seeking comment.

House Democrats filed a single article of impeachment against Trump on Jan. 13 for “incitement of insurrection” following the violent and deadly siege on the U.S. Capitol one week earlier.

Castor and Schoen signed on to defend the former president at his second impeachment trial only nine days before delivering Tuesday’s opening statements — a performance that attracted bipartisan criticism and the ire of a Twitter-less Trump, according to sources familiar with his reaction.

The pair faced scrutiny earlier this week after critics said their opening statements meandered and at times lost the attention of their audience in the Senate chamber, exacerbating concern among some of Trump’s supporters over whether his lawyers are fit to present a sufficient defense.